How to avoid spam filters and land in the inbox of Russian subscribers?

According to the study hold by Return Path company (company that monitors and analyzes email traffic), from all emails sent from around the world for Russian email service providers, only 76% gets into "Inbox" - every fourth message gets into Spam or become blocked.

As for emails sent out by Russian companies to the Russian addresses, the situation is even worse: subscribers receive only 64% of the letters on average. Russia, among all the surveyed countries, takes the last place in the share of messages that reach the addressee. 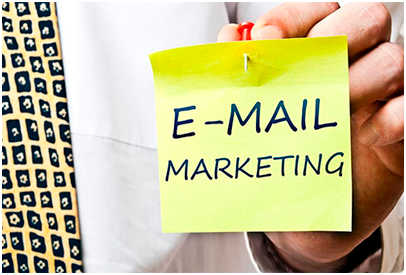 The share of letters from foreign senders that reaches "Inbox" varies from country to country. If senders and marketers from Germany and the UK are manage to deliver messages to 89% of mailboxes on average, the letters from French companies do not reach 30% of subscribers.

Compared with the rest of the world, marketing of goods and services by sending e-mails to consumers has not yet reached a required level in Russia. Lack of understanding of filtering methods, used by Russian email service providers, as well as failure to use best practices in email marketing leads to low rate of letters delivered into "Inbox".

A quarter of all emails do not get into "Inbox" 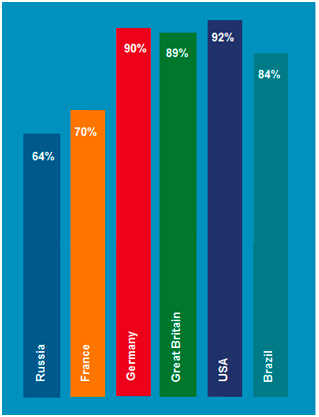 For the study, Return Path used a representative sample of more than 492 million commercial emails that were sent out to subscribers worldwide in the period from May 2013 to April 2014. Global and regional statistics were collected from data on work of more than 150 providers of e-mail services in North America, South America, Europe and the Pacific Rim; statistics on countries and industries were collected from a sample of senders whose geographical location and industry affiliation was possible to determine. 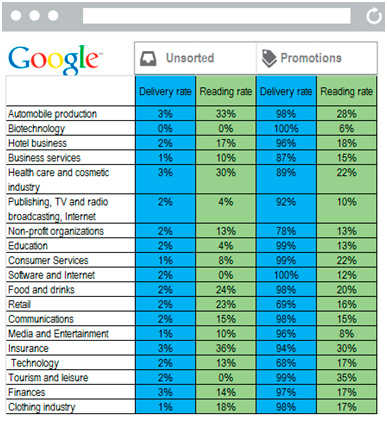