Mobile - The Main Driver Of Advertising In Russian Social Networks

The main reason for such a significant boom lies, of course, in the ubiquity of mobile devices, at last year-end the mobile device market was estimated at 7.2 billion euros (annual growth - 15%). It has naturally led to a change in consumer behavior toward greater consumption of mobile content. 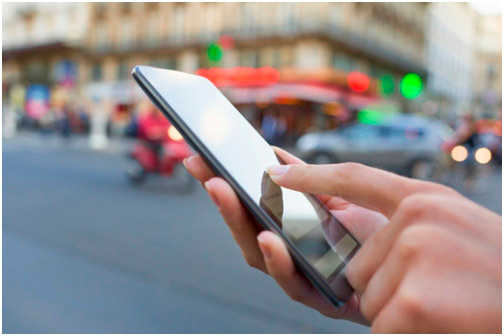 In Britain, for example, in four out of ten families there was at least one new mobile device last year, while in 19% of cases it was recorded the purchase of the second device, in 11% of cases – of the third. Tim Elkington, a director for strategic affairs in IAB, described above indicated tendency as "mutually beneficial for consumers" because digital-advertising covers expenses for quite large range of services needed for everyday life.

Another reason for such a great boom of mobile advertising that was supported by social network and video - the development of programmatic - automated ad sales. It is curious that programmatic has stimulated media online advertising as well: in 2014 IAB recorded the growth of 26.4%, to 2.27 billion euros. In Russia, media advertising, on the contrary, declined by 5%.

The growth in the world provides a new trend as well – integration of mobile advertising, digital and advertising in social network in the minds of advertisers. However, according to IAB study, a more detailed analysis of consumer preferences in different channels is necessary for the further monetization of symbiosis and strategy formulation for the development.

"In spite of the sustainable and continued growth of digital-segment, further potential still remains significant due to increased use of mobile phones and tablets. These are the areas where interaction with a consumer is very deep, but advertising investments are disproportionately low. For example, more than half of websites are scrolled by mobile phones, but they make up only 23% of expenses for digital advertising," made a comment Dan Bunyan, a senior manager of PwC.

It should be noted that, according to Opera Mediaworks, at year-end 2014 Russia claims to be fourth in the world by volume of mobile data traffic, giving place to the United States, India and Indonesia. At year-end 2014, according to the Coordinating Council for advertising, the Russian mobile advertising market increased 75%.