The answers to these questions are in a new study by Brand Analytics.

In April 2019, there were 2.4 million posts on average containing video, published in Russian-language social media every day. This is 20% more than a year ago when the everyday volume of video accounted for 2 million publications. 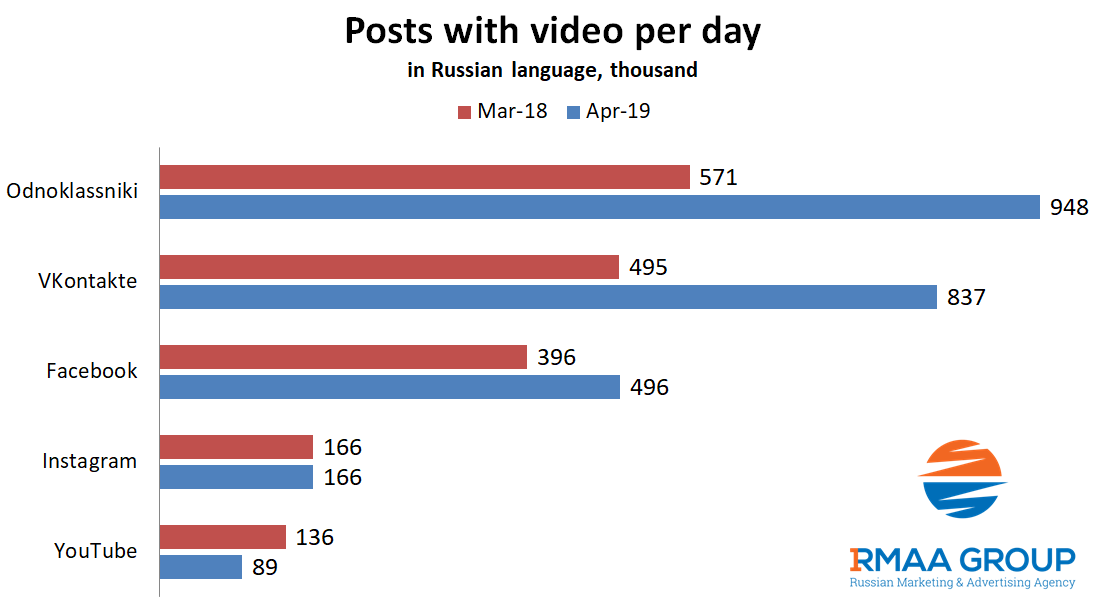 As compared to the last year’s study, every social network retained its position in the rating regarding the volume of the video content published. At that, the video volume grew almost twice both in Odnoklassniki and in VKontakte. Facebook, Instagram, and YouTube did not show such dynamics, letting Russian social media make a quantum leap.

The video volume published during one day by OK users equaled to almost 1 million posts (948K) vs. 570K a year ago. In VK, the increase is a bit smaller—the social network showed a daily video growth from 495 thousand posts in March 2018 to 837 thousand in April 2019.

Where is Video Published More Often?

The video content share grew in all social media (but YouTube). In light of the fact that social media go on generating more and more textual and photo content, an outrunning video growth proves a long-term trend for expansion of video consumption and ambitions of video to become the main format in our communications. 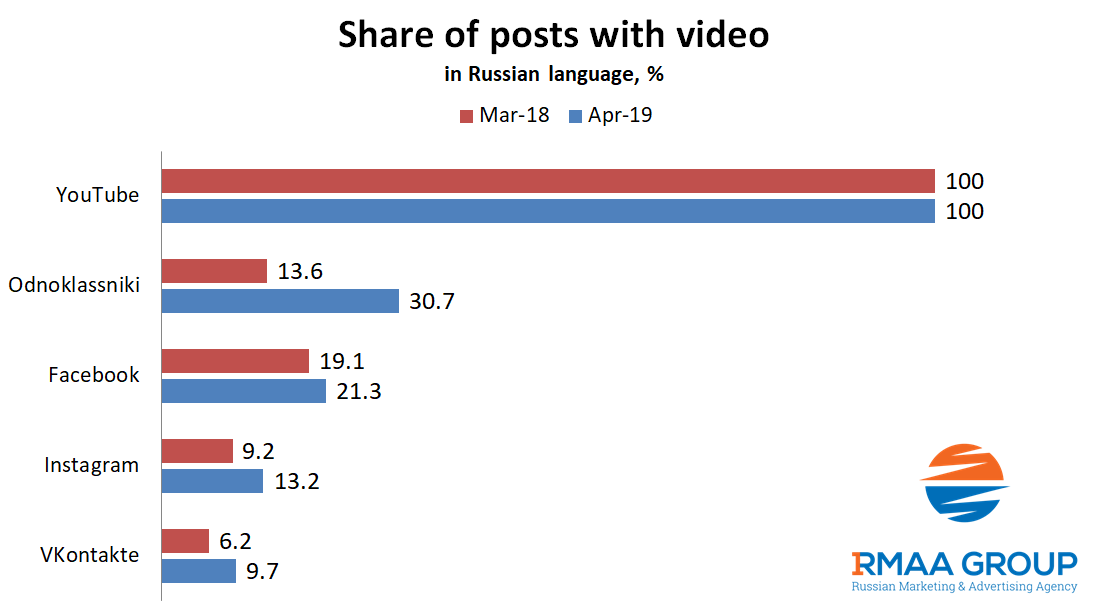 Where is Video Commented?

While video consumption, as we saw above, keeps on growing, it is impossible to say the same about comments to video clips. The comment growth was only shown by Instagram, YouTube, and Facebook. As for Odnoklassniki and VKontakte, growth leaders in terms of video published daily, the quantity of comments has slightly decreased there.

For OK, it is worth noting that their communication mechanics encourage users to comment not only fresh, but also ‘time-proven’ posts—a comment thread can survive several years. Commenting posts published more than one year ago was not covered by this study.

Everybody believes in video. Users buy smartphones with 4K support, massively buy up shooting gadgets, do editing in their phones, and jump to uploading their creations—where? Right you are, in social media.

Social media take up the torch and do everything for your video to become open to public, as wide as possible. Odnoklassniki put a stake on interactive video, VKontakte promote VK Live, Facebook relies on Watch, Instagram on IGTV, and YouTube just won all at the moment, having become the main platform for the youngest audience, hosted authorial shows of TV people, and gathered a pool of influential YouTube bloggers.

That is why a trend for video consumption growth has come to stay.

If you want to be in tune with modern online marketing, take note of video content that you use to promote your brand: