When is it profitable in Russia to position goods as foreign?

When promoting goods to any foreign market it is important to consider the consumer mentality of the local population. It forms due to various reasons:

2. Stereotypes fixed in the processes of the trade relations between countries;

Success or failure of a brand on the Russian market will depend on how sensibly the brand positioning will be elaborated with regard to the local specifics.

One of the most striking features of its marketing, which can and should be used to create a competitive advantage - is an ambivalent attitude toward domestic and foreign products.

The attitude toward the products of the industrial group

Here are some examples of the most evident trade associations with different countries:

• Germany –the great home appliances, and reliability in general

• France - the best brands of fashionable clothes, and cosmetics

Knowing this feature, some Russian manufacturers register their brands abroad and position goods as foreign.

For example, a brand of fashionable footwear with the Italian name "Carlo Pazolini" has Russian origin. Furthermore this brand was registered not at home, but in Italy. 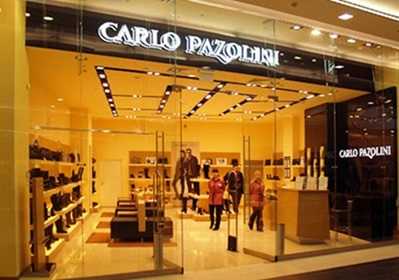 "Bork", a trademark of home appliances registered in Germany, is actually a brand of Russian company "Technopark". The "Bork" product is produced in China, but it is positioned in Russia as a product with the "insuperable German quality". 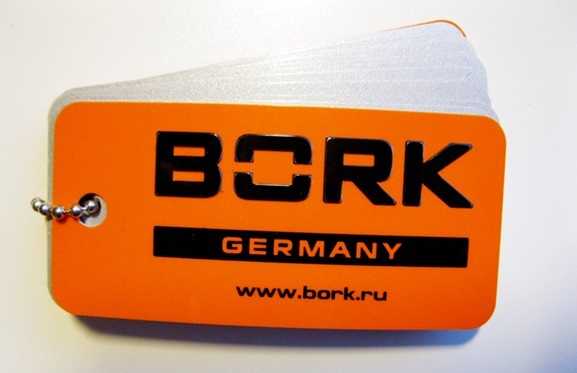 Attitude toward the products of the food group

In Russia there is a huge distrust of food produced in other countries. Traditionally, one point of view is that the product of your own country is healthier, free of GMO and harmful additives.

Knowing that, some foreign manufacturers prefer to buy unprofitable Russian companies to produce their own products under local names. They also try to avoid associations with the non-Russian parent company.

For example, the American company PepsiCo follows such strategy. It has many brands in Russia, which are positioned as local. These are the brands of dairy products "House in the Country", "33 cows", "Merry Milkman", "Kuban Buryonka" as well as some brands of baby food and natural juices, etc.

Here is another brand of PepsiCo.

The Expect following foreign companies are also counting on certain loyalty of Russian consumers, while introducing their trademarks under Russian names:

In summary, we can conclude that in Russia the products of the industry group are better to position as foreign. However, it is important to take into account the associations which are assigned in Russia to a particular country. They are not necessarily obvious; sometimes it is necessary to conduct additional researches to identify them.

As for the Asian countries, the associations are quite complex and differ in relation to various products.

Let’s consider the example of China. Along with the pretty hard stereotype existing over the last 20 years that the Chinese goods are cheap, low-quality and sometimes even poisonous, it did not affect some of the goods. Russian consumers are quite positive about traditional Chinese cuisine and Chinese cosmetics. 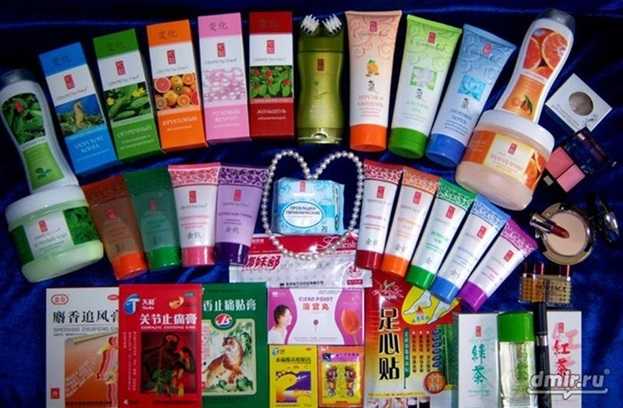 We decided to do a compilation of statements of Russian womenregarding cosmetics from China:

1. I am good to Chinese cosmetics. I tried a lot of things. I like their peelings, cleaners, facialmasks, oil absorbing tissues and heel rough skin remover cream.

By the way, last month I tried Tian De (my aunt came from Moscow for a seminar): a cleanerwith green tea, peeling and salt forhands, and also nose strips blackheads removal. I liked all, although I'm not a fan of network marketing.

2. I have a lot of Chinese cosmetics products - I was in Kazakhstan last summer and brought from there. Shampoos are super! Cleaners are super! Face cream is also super! The only thing I did not like was a hand cream;I can give 5 points to the rest!

3. I have already tried collagen face mask and I liked it very much. Nose stripsare also very good. Foot cream with snake fat nourishes the skin and heals cracks. The set of mask + shampoo with ginseng matched me very much, my hair became very healthy, itused to be like a straw, Ihave not tried the rest yet.

Cosmetics from Japan and Korea also attract the great interest among Russian women. In general, Asian cosmetics are associated with naturalness, delicacy, hypoallergenic, inexpensive price with excellent quality. Such a positive attitude allows to position cosmetic products as a group of foreign and authentic.

As you can see, even a very superficial additional research helps to identify more clearly, whether it is profitable to position the product as foreign.

The question of branding and design promotion strategy is extremely important, we may say, fundamental which decides the fate of the product in the market. A great deal will depend on how competently the marketing training will be carried out when creating brand, and the nuances and perception stereotypes will be taken into account:

• whether it is pointed out of a group of similar items,

• whether it entrenches in the market for a long time.

Of course each manufacturer desires the best future for his "child", so it would be thoughtless to neglect such point as positioning.

Thus, we see that not only Russian companies like to disguise. Their overseas counterparts also successfully manage to do it. So you will admit that it is even flattering that for the Russian consumer manufacturers go to such complex schemes, invent legends, develop the field, and calculate strategies and tactics. The dynamics of processes in Russia knows no boundaries: nowa whole rainbow of salons, cafes, boutiques, brands, and, subsequently, the names and titles appears before consumers, as after a prolonged monotonous and uniform rain, then the trade onslaught from free Europe and the United States reveals itself. In such circumstances, the existing market passions do not surprise anybody. However, the elementary stereotype operates in the most cases: unconditional faith in German quality, Italian style and confidence in Soviet products inthe post-Soviet space. While the name is just a combination of letters forming the word which is capable tochange slightly the fate of a complex structure called brand.