In our blog, we had already studied the cosmetics market in Russia and key channels to promote beauty products. Today, we will share our own experience of how we promoted beauty products in Russia, Kazakhstan, and Kyrgyzstan.

Case 1. How We Advertised an Indian Shampoo on TV in Kazakhstan and Kyrgyzstan

As we have already mentioned, our agency operates not only in the Russian market, but also in all CIS countries. In 2017, the Indian company Vasu Healthcare addressed us as a client with the Trichup trademark. Vasu Healthcare is a leading company of India engaged in manufacturing of Ayurvedic cosmetic products. At the time of the advertising campaign launch, Vasu Healthcare was already present in the markets of 41 countries of the world.

Goal: to improve visibility of the Trichup trademark among female audience of Kazakhstan and Kyrgyzstan and increase the audience of potential consumers of the Indian shampoo Trichup. Along with that, the client immediately expressed a condition that must have been observed for advertising—shampoo advertising must be integrated into Indian content.

After the analysis of two markets and their media components, our experts chose TV as a key advertising channel:

In the context of the marketing strategy, a TV ad placement media plan was made for six months from October 2017 until March 2018, with forecast monthly TRP and GRP rates.

Target ratings in every campaigns’ month

In the very first month of ads placement, target campaign ratings outnumbered planned rates by times, while as early as in January-February 2018 the actual rating was more than twice as much as planned.

As a result of the conducted TV advertising campaign, we managed to surpass the client’s expectations: we raised the awareness of the trademark, having exceeded all forecast reach rates by 78%, target audience coverage by 99%, and audience of potential consumers of the Trichup shampoo in Kazakhstan and Kyrgyzstan. 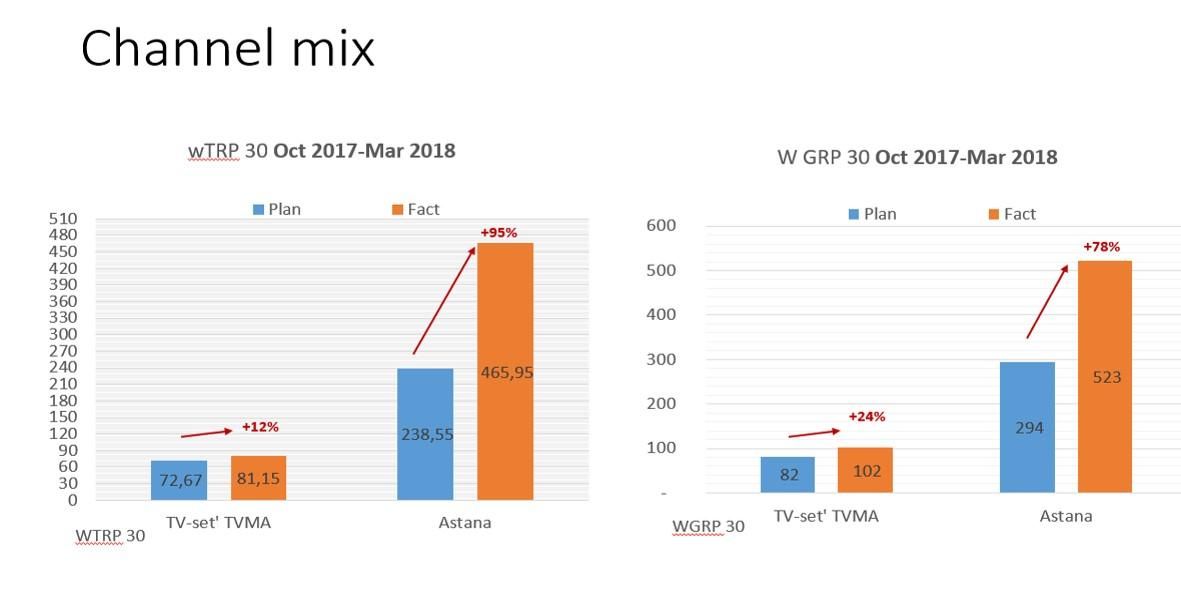 Case 2. How We Promoted Coconut Oil of an Indian Brand in Russia

Following Vasu Healthcare, one more leading manufacturer of cosmetic products, Marico (India), addressed our agency RMAA Group. The company describes itself as a coconut oil manufacturing leader under Parachute trademark, which gained widespread popularity not only among the citizens of India, but also well beyond.

As of today, the company’s products are present in 25 countries of Asia and Africa. The goal of our agency was introduction of a new production to the Russian market and make Parachute brand familiar to Russian target audience.

As the main target audience of coconut oil is young women aged 16-36 years old, we chose the Internet or, to be more specific, social media as its major promotion channel. What is more, the promotion included a full range of social media marketing services, from getting the audience acquainted with the new brand Parachute to launching targeted ads to increase the reach. The advertising campaign was intended to last 3 months.

As the Parachute coconut oil was not presented in the Russian Internet yet, we created brand accounts in two most popular Russian social media—Instagram and VKontakte.

Produced in India, coconut oil has high bioactivity; it protects, soothes, smoothens skin and hair, also being one of the best source of nutrients—in the course of the content plan creation, it was important for us not only to show the product, but also to tell about its properties and utility of use for the whole body.

As a result, four post categories were formed out in the content plan: interesting facts about coconut oil and advantages of its use; buyers’ reviews; useful personal care tips with the use of oil; immediate information on the very brand and Parachute oil. 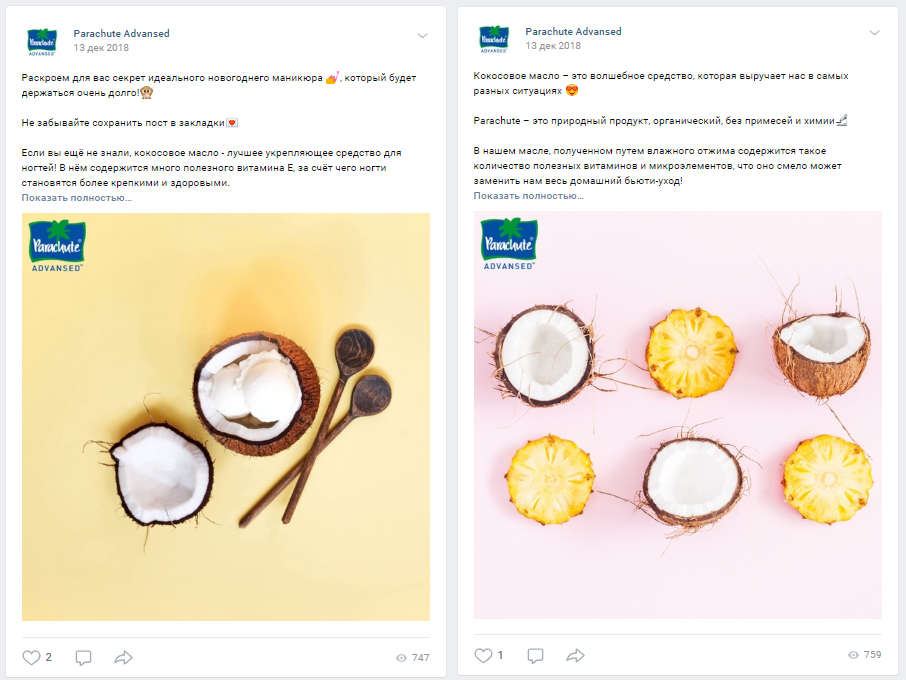 To increase the target audience reach, brand awareness, and sales growth actually, a targeted advertising campaign was launched on Instagram and VKontakte. 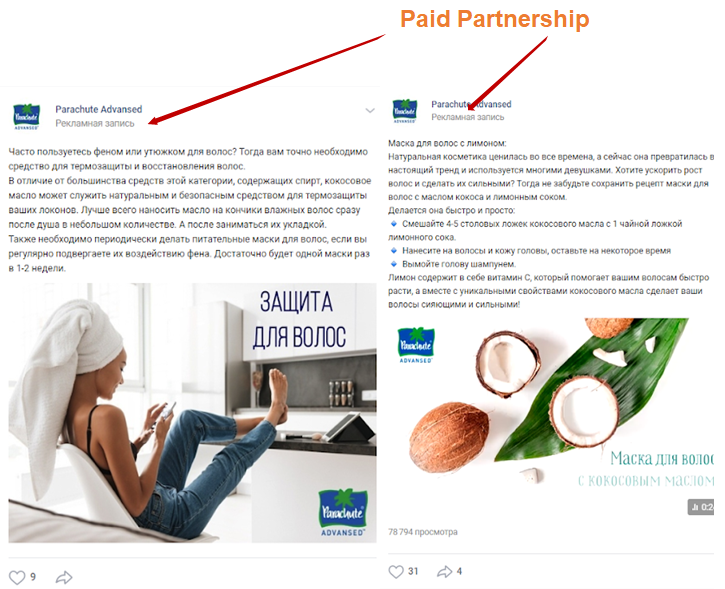 As a result of 3-month work, the client’s accounts got nearly 3,000 subscribers, while the total target audience reach in social media was nearly 1 million potential buyers.

For further advertising promotion of Parachute brand in the Russian market, our experts prepared a number of recommendations based on the results of the advertising campaign per each segment of the target audience.

Going to Promote a Beauty Brand in Russia?

Our experts will analyze and research the market, elaborate and implement an optimal plan to promote your brand in the Russian market. Besides, during the implementation of the advertising campaign, you will be receiving reports and recommendations to optimize promotion channels and budgets. Contact us right now.