The First Channel in Russia

The First is the channel with one of the most highest audience in Russia. The broadcasting headquarters is in “Ostankino” tele tower in Moscow. It starts to broadcast in 1995.

RMAA Group guarantees the efficiency of advertising on The First Channel. We use the modern way of TV advertising, such as Rating and GRP (Gross Rating Point) – it`s the sum of ratings of all issues of advertising concerning to this advertising campaign.

According to statistics data, targeted audience of the channel “The First Channel” is people of 25-55 years old mostly they are specialists, who have high education, 38% of them are men, 62% - women.

The most popular genre on The First TV channel is film show, it occupies 40 % of a broadcasting, news, socially – political and analytical teleshows.

The most popular genre on The First TV channel is film show, it occupies 40 % of a broadcasting, news, socially – political and analytical teleshows 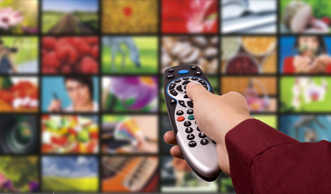 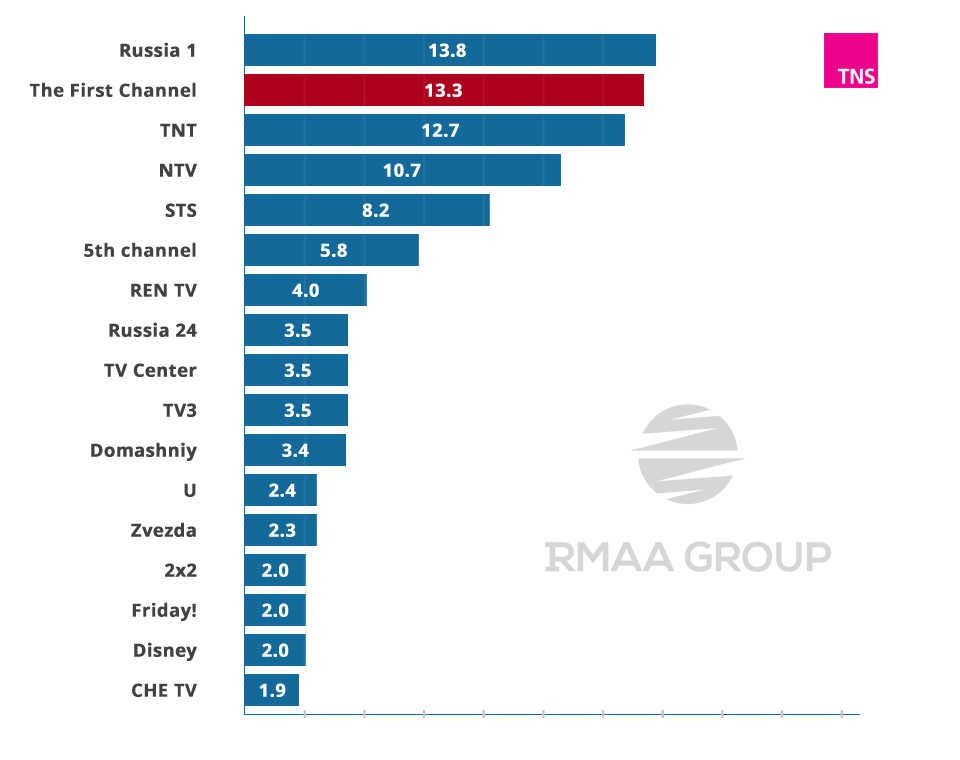