What and how Russians buy on the Internet? 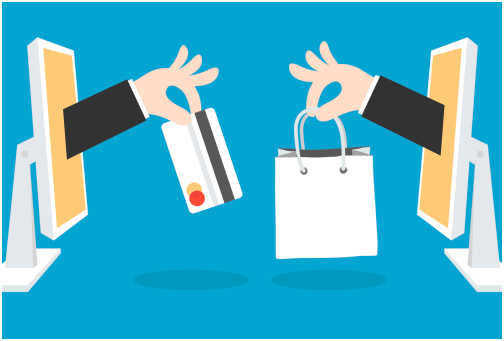 "Yandex.Market" and GfK Company polled online store visitors and found out how does the retail online trading work in Russia

More and more consumers choose non-cash methods of payment. According to the survey in 2014, 48% of respondents ordered goods in Russian online stores at some time, just using their credit card (36% in 2013). 30% of respondents paid card at least once at the moment of receipt of an order (20% in 2013). 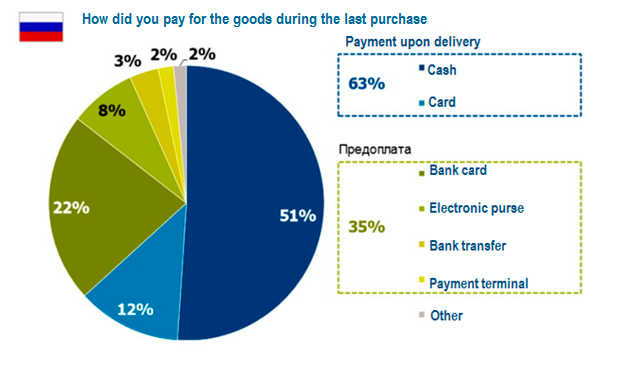 Basis: all people who made online purchase in the last 12 months in Russia's online stores (N = 2213) 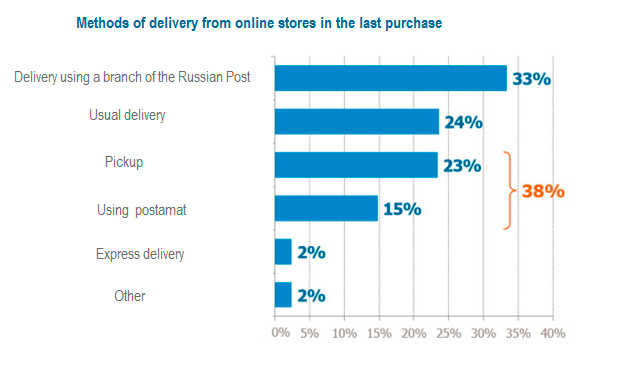 The role of social networks in the Internet commerce is growing. According to data in autumn of 2014, 22% of Russians, who were shopping on the Internet, ordered material (not virtual, as a game or an application) goods in social networks at least once in the last year (in 2013 - 17%). 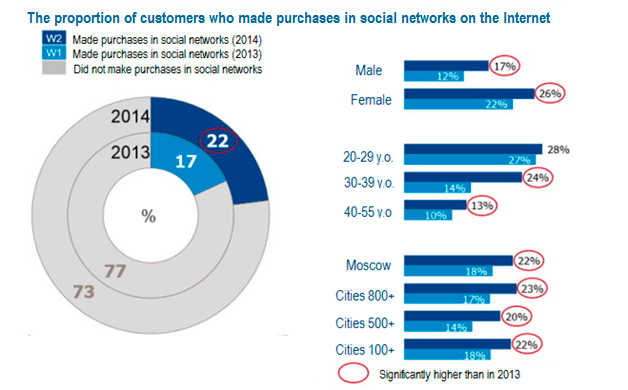 A computer remains the main device for online shopping, not a mobile phone or a tablet. According to the respondents, to select and to order goods they used a desktop on a laptop in 90% of cases. 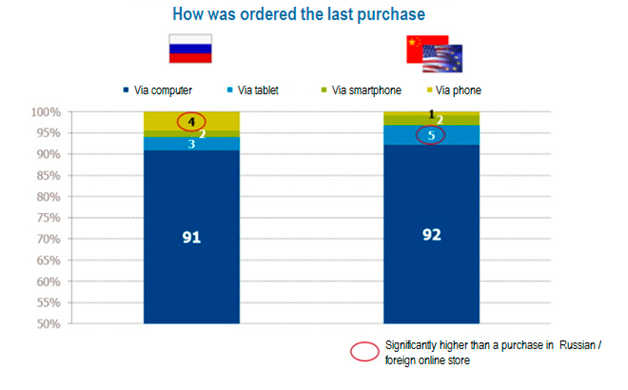 The relationship between buyers and sellers

Efforts of shops on building up customer relationships bear fruit: the proportion of buyers who have favorite Russian online store has increased from 57% to 62% in a year.

The proportion of those who made unplanned purchases at least once a year - ordered goods that accidentally caught the eye on the Internet has increased from 54% to 63%. In 2014, 17% of such purchases were made in Russian online stores, and in foreign - 29%. Half of respondents stated that their last purchase was with a discount.

Buyers began to enjoy their rights more often: the share of those who returned the goods to the store has increased from 51% to 63% in a year. 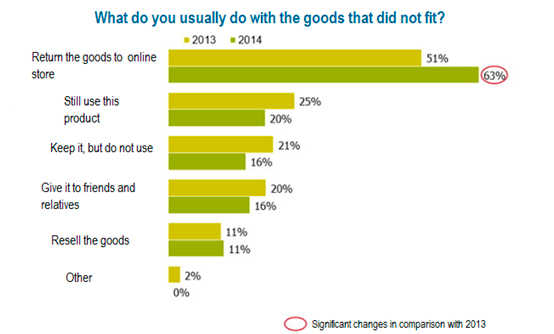 Shopping abroad and in Russia 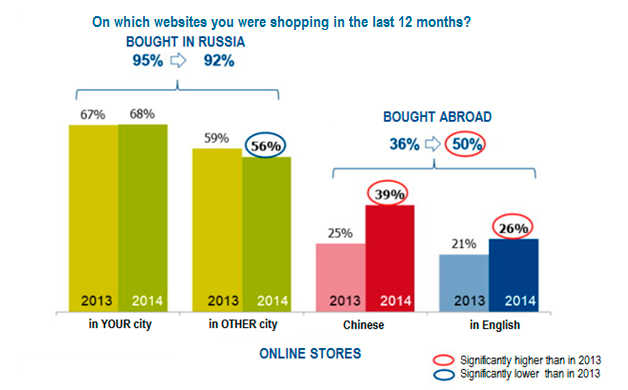 Respondents indicated among the main reasons for buying on foreign websites - a wide range of products, low price and high quality of products. People refuse to make purchases abroad mainly due to the lack of such necessity, long delivery time and fear of being a victim of fraud.

Popularity of Chinese online stores swelled - 39% of respondents made purchases there (in 2013 - 25%). For comparison, 26% of respondents bought goods in English stores of other countries (21% in 2013). The smaller the town, the greater the proportion of residents who make orders in China, and the smaller the proportion of those who buy goods in other countries. In Moscow, it’s almost the same audience for online shoppers. 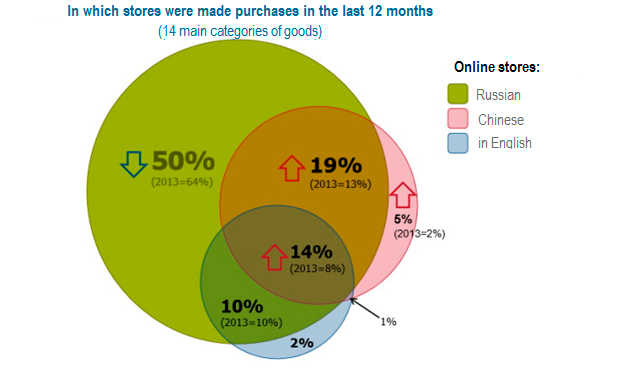 Against growth of foreign stores popularity, the number of customers who received poor quality goods from abroad has increased - from 12% to 21% of all people who made purchases abroad.

As part of the study, there were interviewed 2414 Russian users of online stores in age from 20 to 55 years old living in cities with a population of over 100 thousand people.