Growing Flow of Tourists: Where Russians Went in First Half-Year 2019

According to the latest numbers of the Border Guard Service of the Federal Security Service of the Russian Federation, the outbound tourist flow from Russia grew by almost 9% in the first half-year of 2019, as compared to the same period in 2018. At that, the positive growth of the total outbound flow is a bit lower (6.67%). 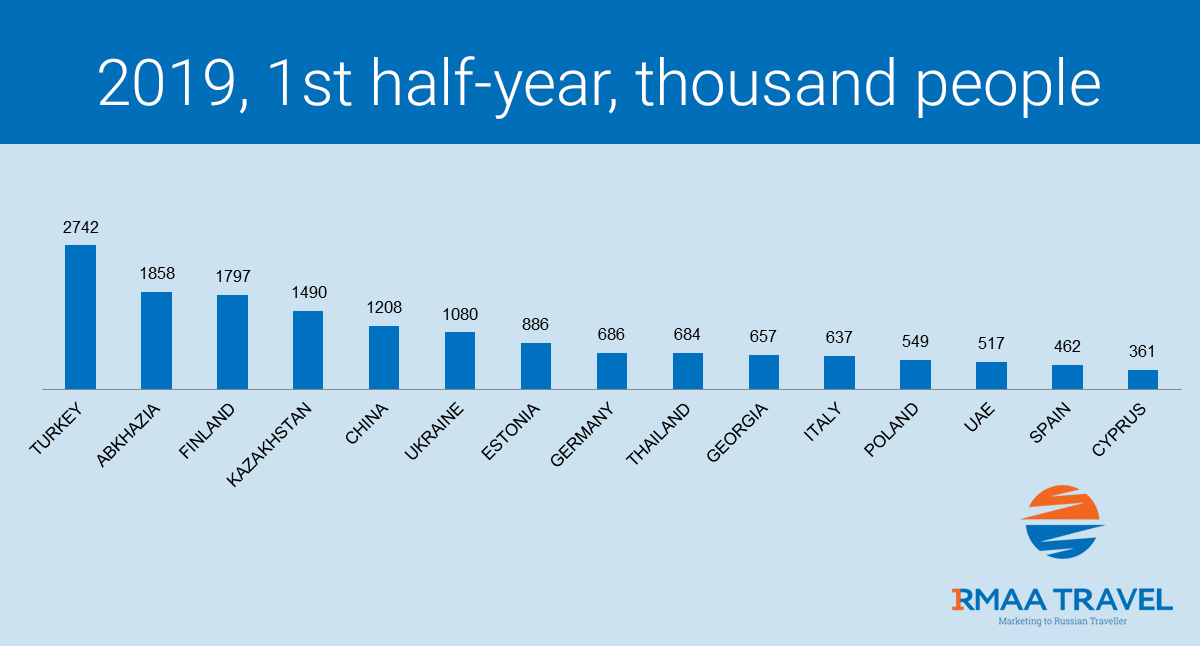 An absolute leader for Russians is still Turkey—2.071 million Russian tourists opted for it. It is followed far behind by Thailand (460 thousand), Italy (458 thousand), and UAE (396 thousand), with China rounding out the top five (391 thousand).

Along with that, Turkey has also become one of the leaders in the tourist flow growth, as compared to the first half of 2018, which made 15.9%. In general, 8 countries were up out of Top 15 travel destinations. Out of them, the most significant growth, in spite of troubled political circumstances, was shown by the tourist flow to Georgia (+84.13%).

According to Tutu.ru, ‘the most popular foreign destination of the summer became Yerevan with a departure from Moscow. The share of those who spent their summer vacation in Yerevan grew almost by a quarter from 4.7% to 5.9%’.

Summarizing the results of the first half-year of 2019, a drop is seen in ‘beach destinations’ of Thailand, UAE, Bulgaria, and Greece, which is well caused by growth of Turkey, Spain, and Cyprus. 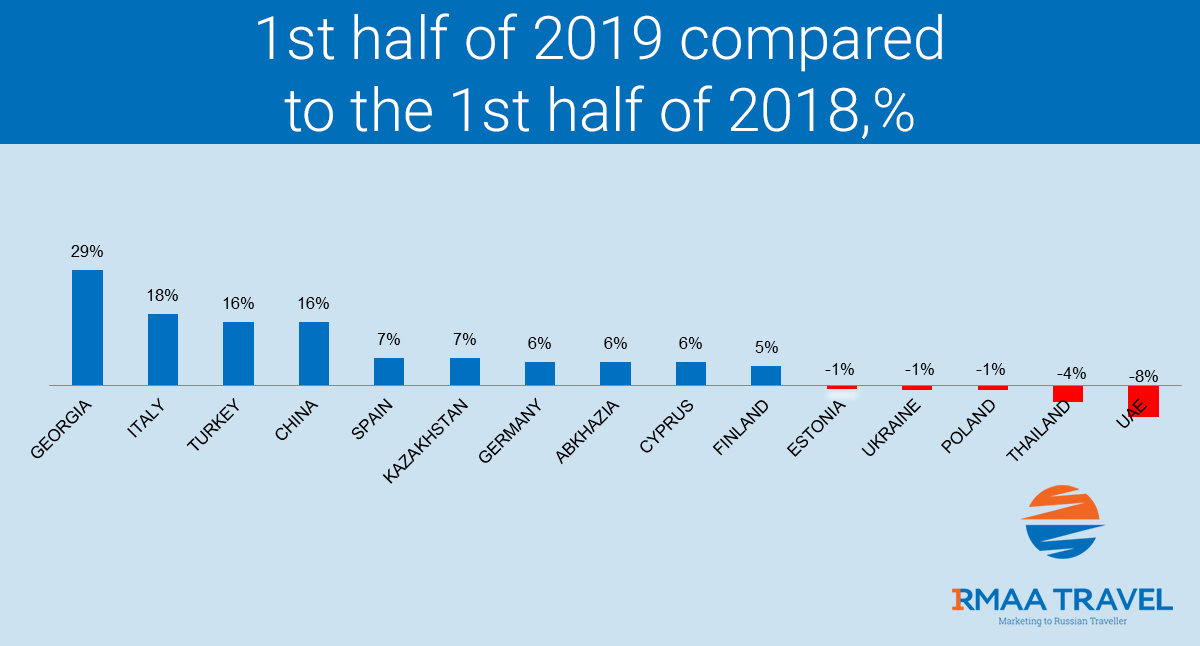 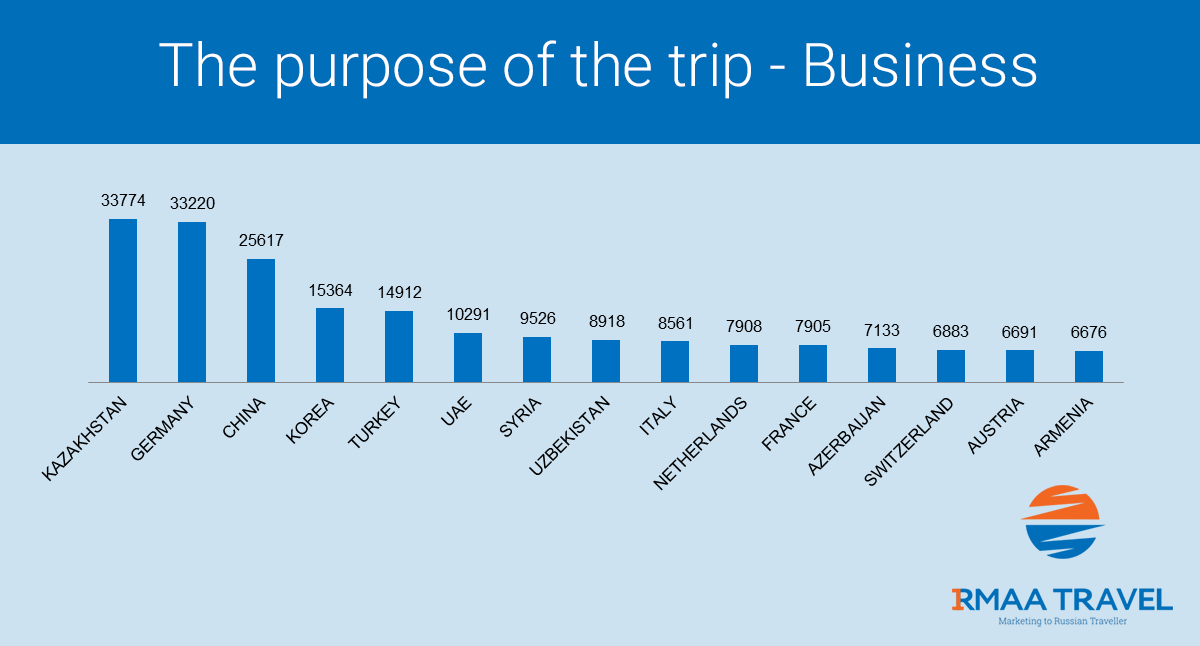 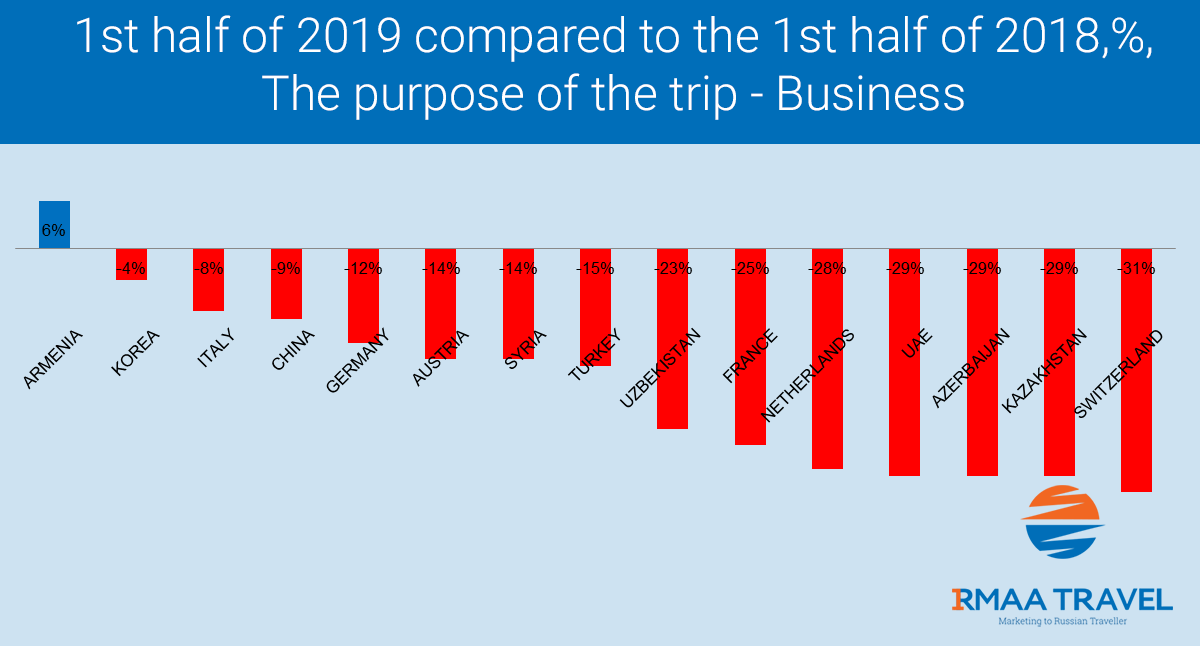 What Do Russian Tourists Expect from Autumn?

Most tourists from Russia still prefer holidays at the seaside in autumn. Tutu.ru interviewed more than three thousand website users and found out what is an ideal holiday for a Russian in the autumn season. In general, more than half of respondents want to go to the sea—the majority aims for warm sea, but there are also those who prefer countries with the season running out.

The results of the poll are shown in the diagram below. 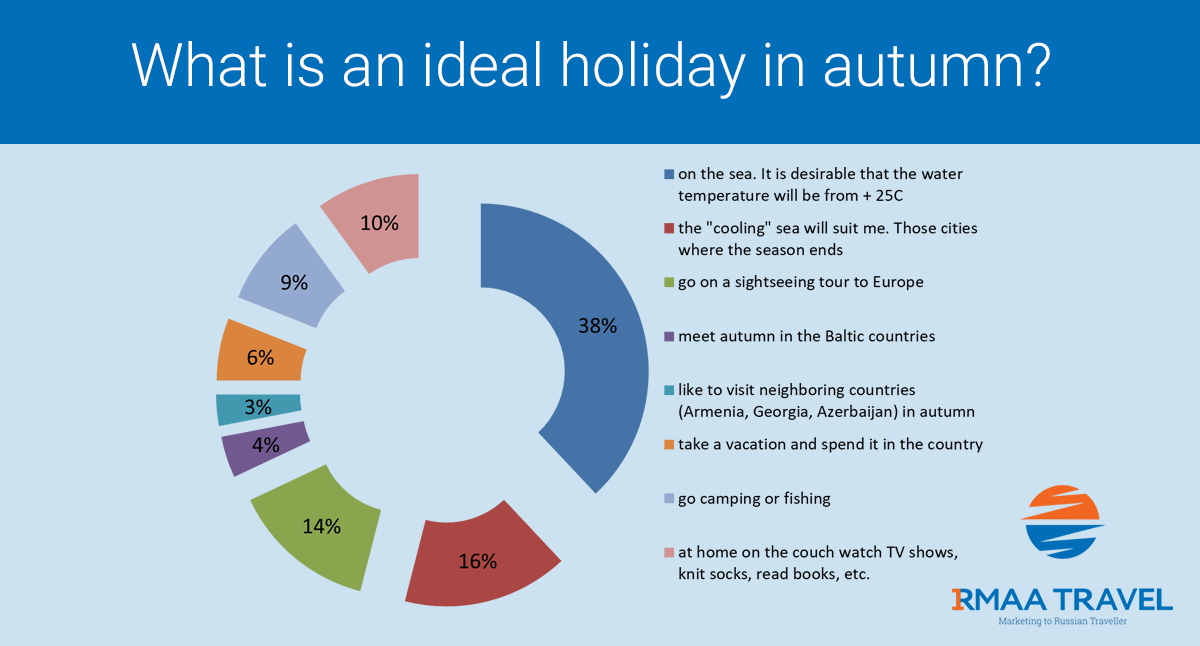 Do you want to know more about the Russian outbound travel market? Russian Tourism Market Report: Trends, Analysis and Statistics will help you not only get the full picture of the market, but also understand Russian tourists better.