Fact Checking in Russia: The Importance of Media Credibility

How far credibility is important in Mass Media? It's just a philosophical question. Advertisement is always "the best life" myth and that's why it's always better than ordinary life. There are all problems solving and everybody is joyful and happy. This is due to the rules of the genre. From the viewpoint of consumer and legislation it's not true: commercial must be true to fact. Read more about media credibility in the RMAA Group blog. 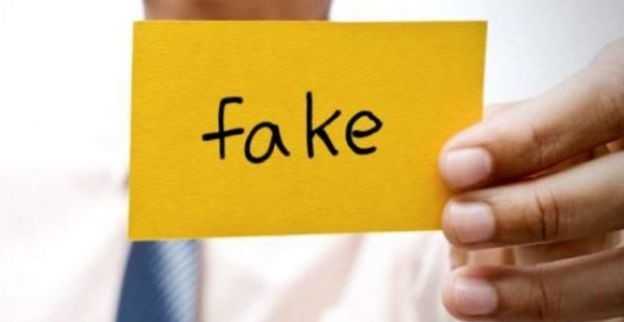 Russian consumer has specific and a little dramatic history of relationship with advertisement in the meaning of its credibility. As known, promo stream forwarded to unprepared Russian inhabitant only in the beginning of 1990, and for the first time people accepted it at face value when should watch it out.   One of the most demonstrative examples is commercial of "MMM" pyramid scheme.    Commercial gave big promises and false hopes. The result is well-known: founder of pyramid, Sergei Mavrodi, has been jailed for fraud, and millions of cheated investors have been out of pocket. 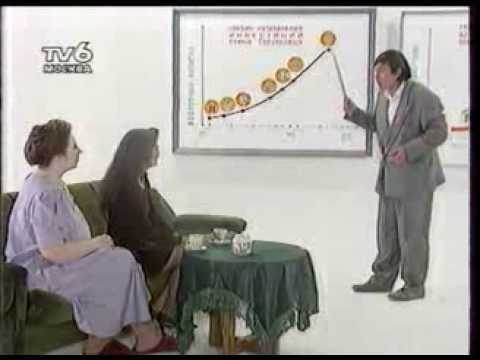 Commercial frame of «МММ» in 90-ies

It would seen the story will help people to be critical to the information in advertising. And it's partly true. Today Russian consumer treats advertisement more critically, moreover people stop reading, watching and listening when it comes to commercial. They care nothing for media credibility as they think any promo lies.

At the same time all-doubtful commercial keeps looking for its customer in Russia. Let's take a closer look at general examples. Typical example is an advertisement of different BAA and variable pills which are not medical. It's usually promised an abolition of all diseases, but as the pill is not a medical one - there is no any abolition. This advertising is designed to retired people generally, it's published in newspapers for retired men and broadcasted on radio stations which are popular with these people.

However not only the retired people get cheated by unclear advertisement. Other typical example is a commercial of loan companies, where the interest rates and penalties are kept from the public for sure. Another example is an advertisement of cooperative house projects which will never be realized perhaps. Both of it are not designed for retired population but for actively working people. But in the sense of household credit in Russia and private shares of interest holders lying out of building of their houses, such commercial picks up clients successfully.

Thus, is Russian consumer demanding media credibility? Yes and No. The class of customers who get used to check information even through the Internet, is picky about advertisement and avoids it accordingly. However at the same time there is essential part of population who tend to believe to promo info in general. 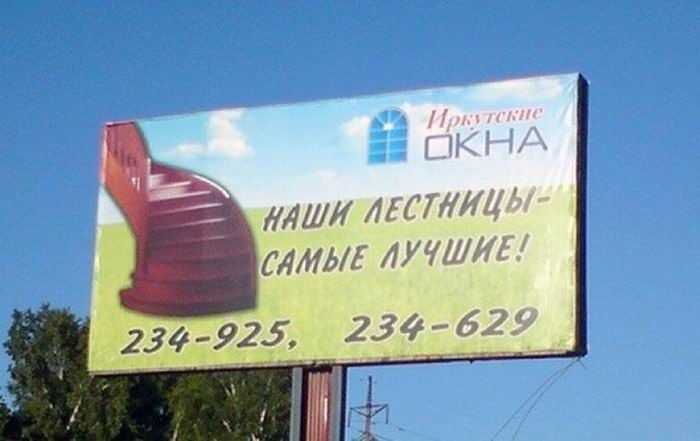 "Our stairs are the best" example of inaccurate advertising

From the view of legislation it's clear. Advertising has to be accurate, inaccurate advertising is supposed to be removed from the broadcast, and advertiser & spreader of it must be charged off by the penalty. According to the section 5 of Federal Law "About advertisement", there are 20 items by which advertising can be considered to be inaccurate. The main of it is written below. Advertisement is admitted inaccurate if it consists following information different from the facts:

•  about advantages of the advertized goods over the stock-in-trade which are made by other manufacturers or are implemented by other sellers;

• about any characteristics of goods;

• about the range and about a complete set of goods, and also about a possibility of their acquisition in a certain place or during a certain term;

• about the cost or the price of goods, an order of his payment, the size of discounts, tariffs and other conditions of purchase of goods;

• about delivery terms, exchange, repair and service of goods;

• about guarantee certificates of the manufacturer or seller of goods;

• about official or public recognition, about receiving medals, prizes, diplomas or other awards;

• about results of researches and tests;

• about the actual demand for the advertised or other goods.

Let's consider a few examples of promo which was admitted inaccurate by court of law. Anti-monopolists from Samara have figured out that in January of 2015 Print media "Antenna-Telesem" has published advertising of AO Evalar: "We wish you health, youth and beauty this year! The best new year's gift is peptide cosmetics "Lora". Yours Evalar" This text was admitted not consistent with the reality, in the sense of peptide cosmetics is not the only best new year's gift. The advertiser was imposed a fine.

Another example is from Mari El Republic. Employees of OFAS Russia noticed the advertisement in front of the entrance of "Bolshoi Nash" shop, which is located in hall of Central Market in Ioshkar Ola. It said: "50% Discount on all goods». As it turned out discount was provided not for the all range of goods, that's how the law "About advertisement" was broken. The store manager has been penalized in costs.

One more example. In the Kostroma Region credit union's commercial was admitted inaccurate as well. Breach was figured out by non-announcement of some significant information about advertised service (it can be used only by the person who joins the union or who has already joined it and paid the fee). The broken canon is following: advertising in which there is no some essential information on the advertised goods, about conditions of its acquisition or use, isn't allowed if at the same time the sense of information is distorted, and consumers of advertising are misled. The advertiser has been charged a fine.

These examples do not end here, there is a lot of advertisement which is admitted inaccurate. Annually FAS and its Regional Departments penalize advertisers by the hundred because of advertising doesn't reflect the reality. 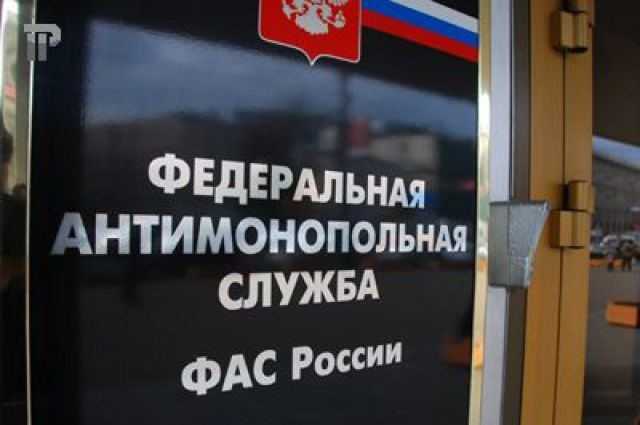 Of course media credibility is very important, but according to the rules of the commercial genre, it's a delicate balance which separates an inaccurate promo from an accurate one. And when the consumers view the advertisement in life experience way, the regulators rely on legislation. RMAA Group specialists will help you to make an advertisement, which will be accurate for the customers and the regulators.