Game Localization on the Russian Market: How to Choose a Localizer 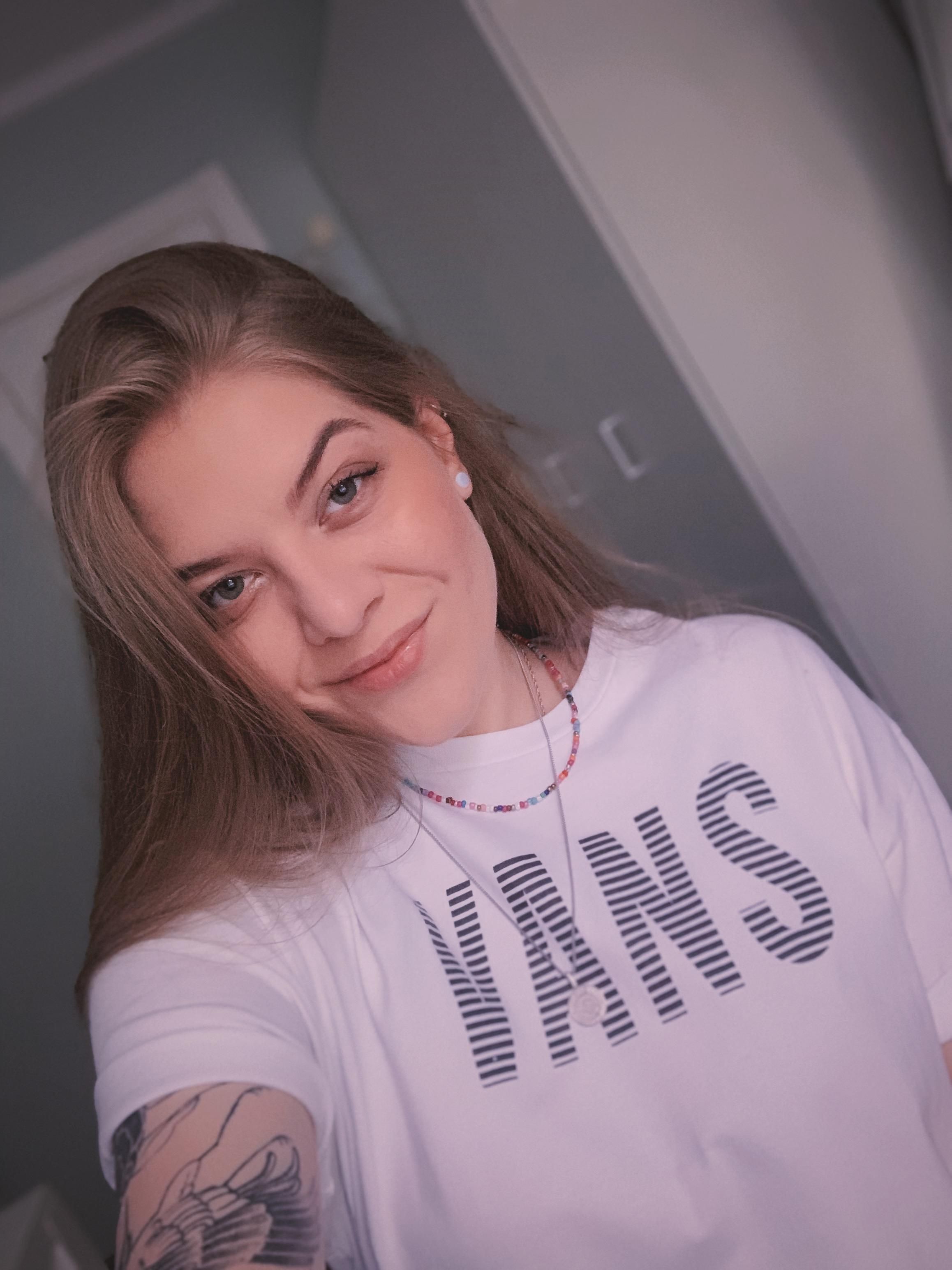 It can be hard for game developers to determine which languages a game should be translated into, how to choose a localizer, and which nuances should be taken into account when localizing a game for a new market, including the Russian market. We recently got answers to these and many other questions from Valentina Chernova, Business Development Manager of Game Localization at Logrus IT, one of the leading Russian game localization companies.

— Which localization languages are most popular with foreign developers nowadays?

— A company’s choice of localization languages varies depending on budget. AAA projects might have a list of up to 20 languages, while indie, A, and AA games sometimes have as many as ten. At the moment, the following languages stand out: EFIGS (English, French, Italian, German, and Spanish [European and Latin American]), Russian, CCJK (Simplified Chinese, Traditional Chinese, Japanese, and Korean), and Portuguese (Brazil). Polish is growing in popularity too and can often be seen on lists of the top ten most important localization languages. To reach as many gamers as possible, Scandinavian languages (Swedish, Norwegian, Danish), Finnish, Czech, Hungarian, Arabic, Vietnamese, Thai, and Indonesian are usually added to this list. There are even cases (especially with mobile game developers and publishers) when a game can be localized into 40 languages (including former Soviet Bloc countries).

— Does a developer’s location affect their choice of localization languages?

— Not really, although the developers' native language isn’t always on the list of localization languages. For example, Ubisoft is a French company, and French is a core localization language, so their games are always translated into French. Another good example is Remedy Entertainment. They're a famous Finnish team, but none of their games have been localized into Finnish.

— Based on my experience, the list of core localization languages I mentioned earlier is used all over the world. In this case it makes more sense to focus on the game’s specific genre and platform. Large publishers (as well as some smaller ones) analyze data on which games are bought most often in certain countries, including genre and platform, and then they choose their localization languages based on this information.

— Which kinds of games are most in demand when it comes to localization?

— I got a little ahead of myself when answering the previous question. It all depends on the demand in one country or another. Mobile and online games have reached peak popularity, including in Russia, so these games are usually localized into 10+ languages, including Russian. I should also mention AAA projects that the whole world is waiting for. The genre can definitely vary here — these can be RPGs, action games, shooters, you name it. Developers try to get as many players as possible through localization, but, as a rule, the math usually keeps the number of localization languages at around 9-10.

— Does every game need to be localized?

— Among other things, localization has an impact on how a game will be sold and how its number of players will increase. If the developers can afford it, they always try to localize their game into at least a few languages, and then, depending on the game’s success and sales, they can add a few more languages later on.

Developers always have an initial idea of where and in what country their product will have the greatest success. In order to attract more players, localization into the languages of certain other countries is often included in the budget.

— Is there anything a developer should focus on when choosing a localization company?

a) Company's age—the longer the company is present in the market, the higher its reputation and the broader its experience in localizing games of various genres is;

c) Potentials for multilingual localization. If the localizer is ready to take on several languages at once, this will usually allow an extra discount and free the customer company of part of managerial load.

— How should a developer prepare a game for localization, and at what stage of development is it best to get in touch with a localizer?

— You always need to have a localization kit or “lockit,” a collection of files containing the text you want to have localized. I suggest preparing the files ahead of time. Tags and variables should be in the right places, and strings with character limits need to be marked or annotated. It’s also good so make sure the strings have columns with ID or keywords — this will give the translators additional context when translating.

And, of course, you need to have a list of languages into which you want to have your game localized. Based on their experience, localizers can always give you suggestions about which languages are better to translate into, but it’s ultimately up to you to decide. In addition, developers usually prepare reference materials such as descriptions of lore, characters, abilities, etc., which makes the translators’ job much easier.

Developers usually don’t think about localization until the very last minute. Some developers don’t need to worry about localization until after a soft launch/OBT, since this stage demonstrates where the game is going to succeed, and they only make up their mind about their list of localization languages once this stage is done. Other developers might need their games localized closer to release (i.e. at the very last stage). Based on the size of the project, negotiations with localizers usually take place at least 2-3 months prior to release.

— Are there any subtle factors developers should keep in mind when localizing a game into Russian?

— Length. Russian sentences are usually longer than English ones. This matters both for voiceover (especially when time limits are involved) and interface elements (especially in mobile games where screen real estate is limited). Whenever possible, I suggest making it possible to change the size of interface elements (making buttons etc. larger to accommodate more text, resizing fonts, scrolling).

— How important is it to localize non-text items — signage, character races, clothing, locations, stories, etc.? Do you help developers with that?

— Now we’re talking about cultural adaptation (adapting non-textual objects to the target culture). In general, cultural adaptation is important. It’s certainly done. However, Logrus IT hasn’t really had to deal with it yet, so I can only give you a few examples. But our team is always ready to help developers adapt their text.

I can think of tons of examples related to this. Sometimes a text needs to be adapted because of legal requirement in one country or another — for example, blood and gore, severed limbs, murder, and violence in general are prohibited in China and Japan. Instead of blood, Japanese versions of games will show either green goo or a black and white screen. In Germany, depictions of Nazism, Hitler, and the swastika are against the law, which is why they had to redraw swastikas and “shave off” Hitler's mustache in Wolfenstein: The New Order. Big developers usually do this on their own when preparing to release a game in a country where these kinds of restrictions apply.

— How does Logrus IT Games handle localization quality assurance?

b) text-based LQA performed by an expert linguistic in accordance with our internally-developed metrics;

Our requirements for testers are the same for all languages. For example, we have a localization testing department in our Moscow office staffed by experienced testers with linguistics backgrounds who are screened in several steps, including a Russian fluency text, a standardized exam, and various localization testing assignments. Our thoughtful, comprehensive approach to recruitment affects the quality of our localization testing.

As a rule, in order to achieve the best possible results, we recommend going through all three stages, since the text will be processed both technically and physically (in-build). However, sometimes the first two stages are enough. It all depends on how good the translation is.

— Do you play games before localizing them?

— Before starting a localization, translators get to know the game, including characters, setting, etc. The game itself is often still in the development stage, and the release version simply doesn’t exist yet. By contrast, testers play through the whole game, but they do it to identify localization bugs rather than for fun. In order not to spend too much time playing through the game, they usually use road maps and cheat codes provided by the developers. But aside from that, we’re all gamers, and we love gaming in our free time :)

— And now for the big question: how long does it take to localize a game into Russian? How much can it cost, and what goes into the total cost?

— It really depends on how much text you have. For example, it can take several months to localize a large game (500,000+ words). You also need to set some time aside for Q&A with the developers — sometimes we might need to get approval for certain character and item names, etc.

When it comes to recording audio, we have to agree on a list of voice actors with the developer, get sound samples, and so on. We can really only give advice here; it’s up to the developers to make the final call.

As for pricing, our per-word rate includes translation, editing, proofreading, and technical LQA. If you want localization testing, we charge by the hour, so the developer needs to give us an approximate idea of how many hours it takes to play through the game and give us road maps and cheats so our testers can focus on in-build translation QA rather than trying to beat the game.