Russia in the World Travel Market

According to the report International Tourism Results 2018 and Outlook 2019 prepared by UNWTO, international tourism has been demonstrating heady growth rates for the second year in a row. At year-end, the growth of the world travel industry market hit 6%, with 1.4 billion international trips. 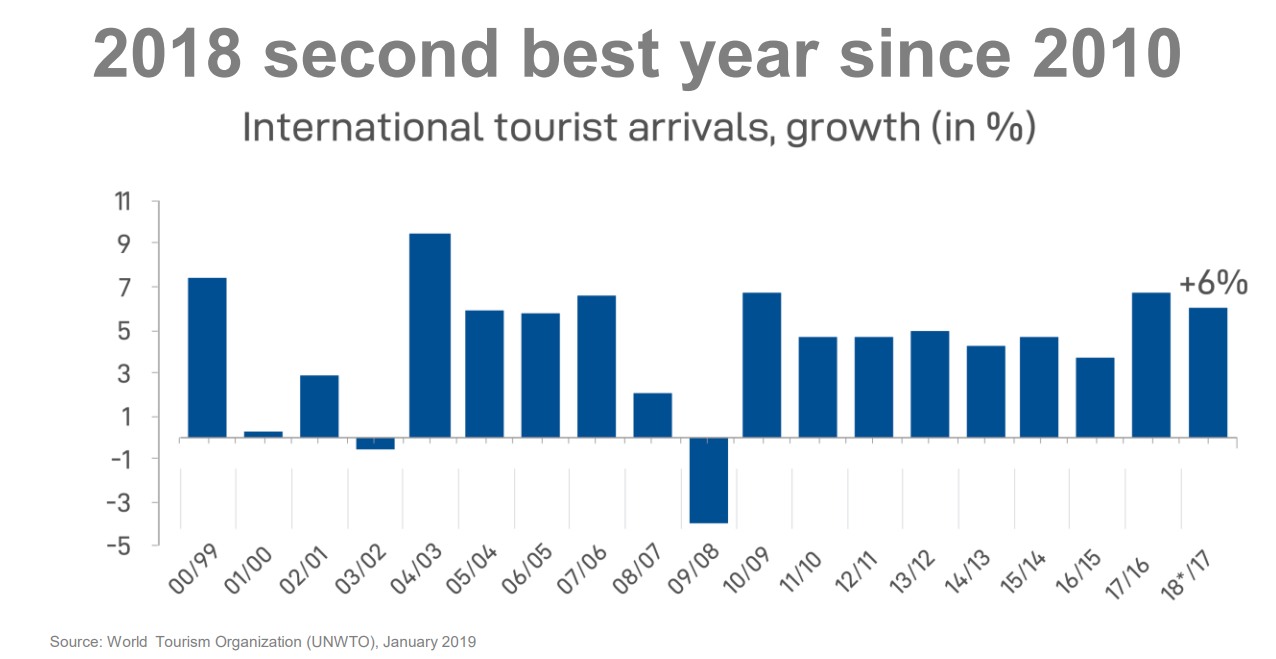 That said, the world travel industry market has outscored not only the economic growth in general (which equaled to nearly 4%), but also previous forecasts for market dynamics until 2030 (made by UNWTO experts in 2010). 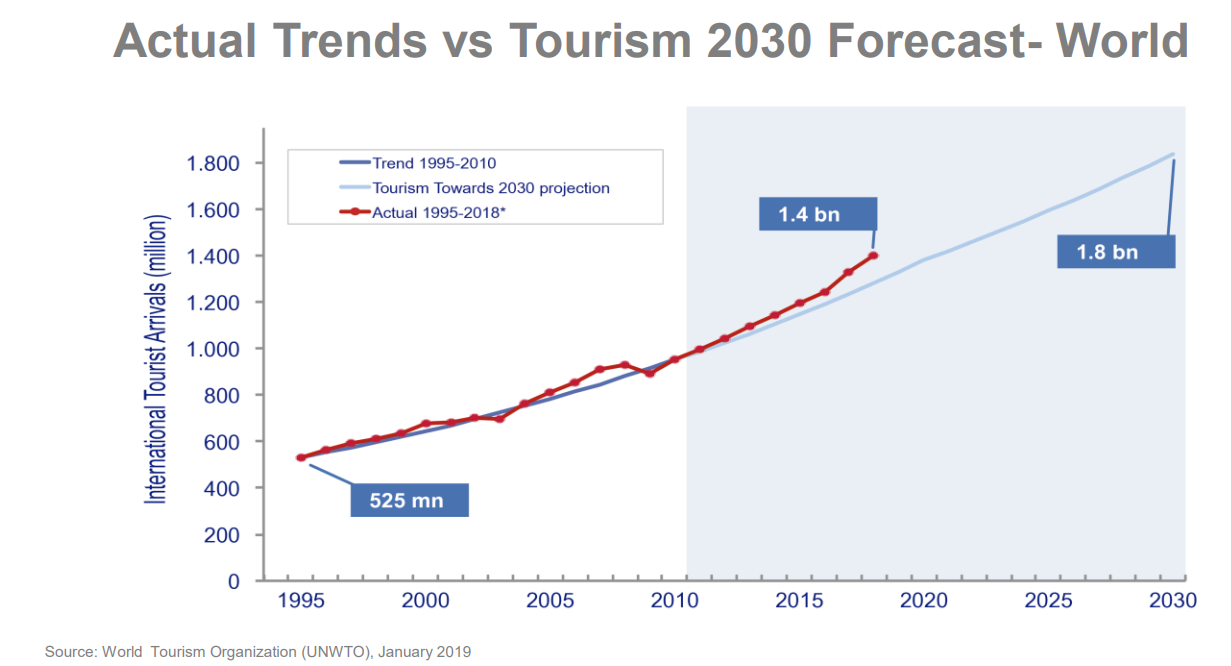 The travel industry growth was catalyzed by the following factors:

Middle East (+10%) and Africa (+7%) turned out to be the regions where inbound tourism is on the highest rise. The growth in Asia and the Pacific was 6%. 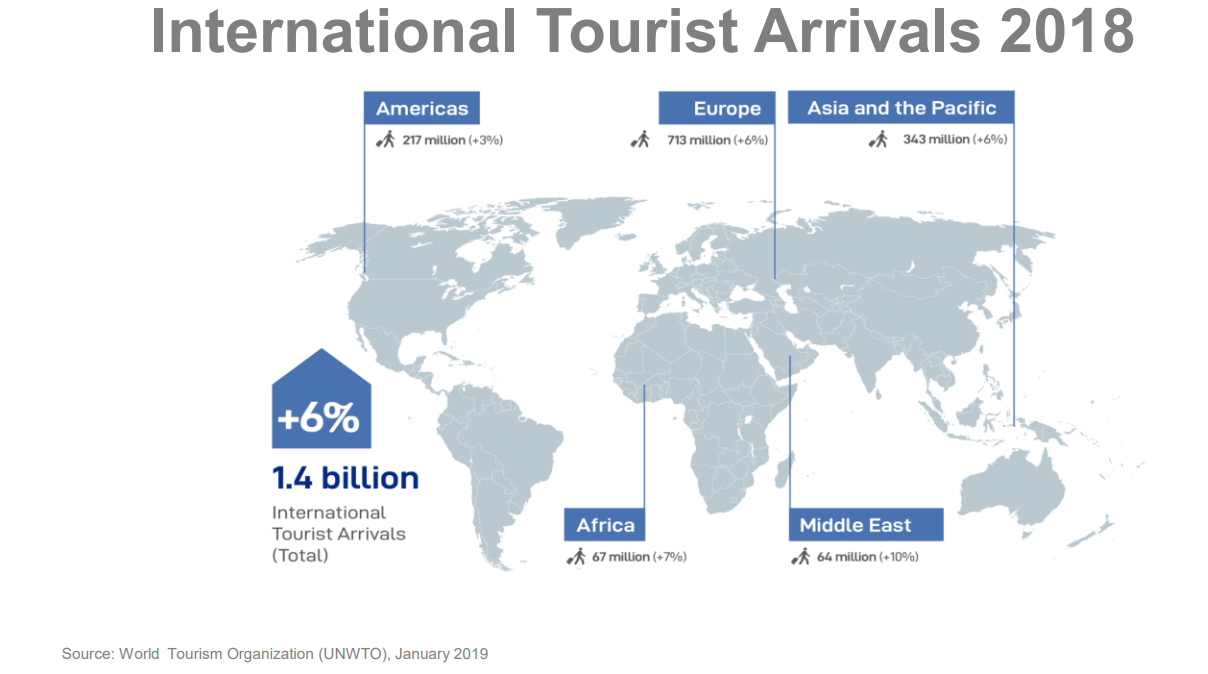 Notably, the experts predict dynamic growth of outbound tourism in developing markets, such as Russia and India.

As the main engines of positive dynamics, UNWTO notes as follows:

At the same time, world economy growth retardation, ambiguity associated with Brexit, as well as geopolitical and commercial tension may impel investors and travellers to take a wait-and-see approach.

Dynamics of Tourist Trips in the Far Abroad

As for countries ‘of the far abroad’ that border Russian (China, Mongolia, Poland, Finland, Lithuania, Latvia, and Estonia), 10,326,137 trips were made there by Russian citizens, which is just 0.9% more than last year.

A much larger gain was demonstrated by the outbound flow to the countries of the far abroad (except for near-border countries). In 2018, its share in the total number of trips made almost half (45.7%) of the total number of Russians’ trips abroad. In total, Russians made 20,353,710 trips to these countries last year, which is 10.8% more than in 2017. Russians were mostly going to these countries with tourism purposes, including business tourism.

Top-10 Countries of the Far Abroad

Here are the most popular countries that hosted the largest number of Russians in 2018:

These TOP-10 countries take 71.62% of the whole Russian outbound tourist flow to the countries ‘of the far abroad’ (except for near-border ones), or 47.5% of the total outbound flow to foreign countries (except for post-Soviet ones). 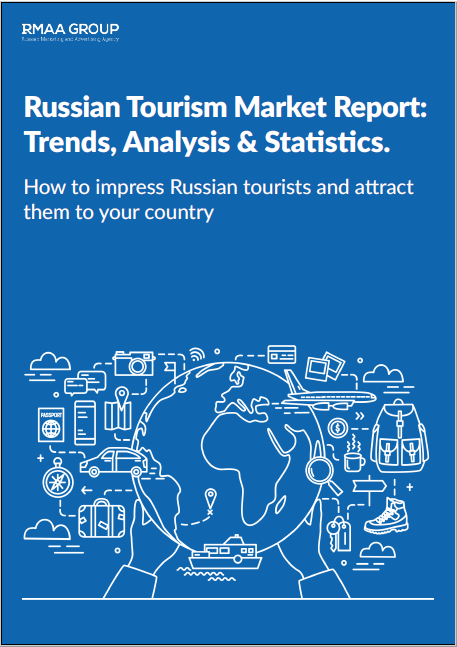