According to the study, a computer remains the main device to access the Internet (67% of population older than 12 years old). While only 74% of population are regular users of the Internet, and only 50% use mobile internet. The latter indicator has more than doubled since 2011 (including use of smartphones (up to 39% of the population), tablets (25%), Smart TV (10%), consoles (4%) and regular phones (10%)). 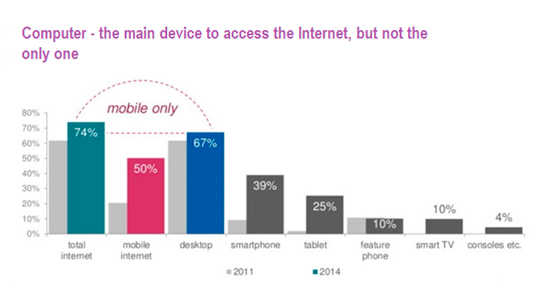 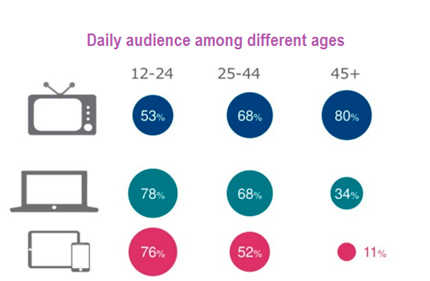 In case of desktops, 81% of its monthly audience use the Internet every day, and the remaining 19% - less than once a day, but at least once a month. The audience of mobile Internet is more active - 83% go online every day. Tablet is used by 60% of the people. 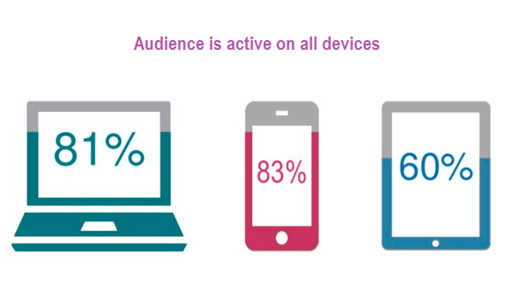 The age structure of mobile Internet strives to the structure of a "grown up Internet" although is shifted towards younger users yet. In 2009, the same thing happened with the whole Internet audience, i.e. over the past five years the Internet has increased its share of all Internet users among older age groups. 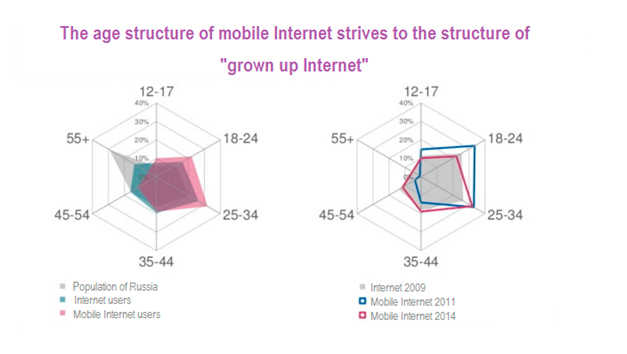 Mobile Internet audience in general and on mobile devices, separated by age groups.

Only one quarter of the population goes to the Internet using desktop only - 24%. 74% of people use several devices at the same time. 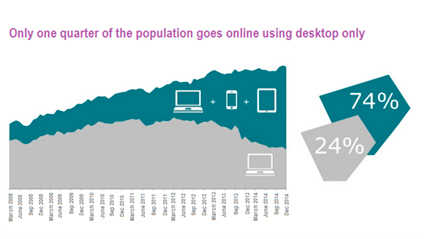 Monthly mobile Internet audience in general and on mobile devices, % of the population.

If consider Internet users only, 32% of the audience use desktop only to go online, 9% - mobile Internet, and 59% use several devices. 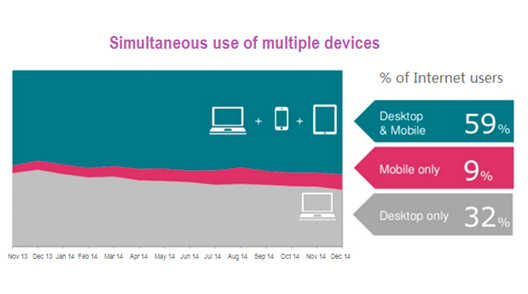 Desktop internet is gradually losing its positions. Audience growth in this segment amounted to -1% as against to 2013 (in the summer of 2014 the segment lost 5%), while mobile Internet audience increased by 12%, and tablet audience - 6%. However, in the next 10 years, a desktop will not quit the stage; it is connected to a specific of certain occupations and activities where you cannot work without a personal computer or a laptop. 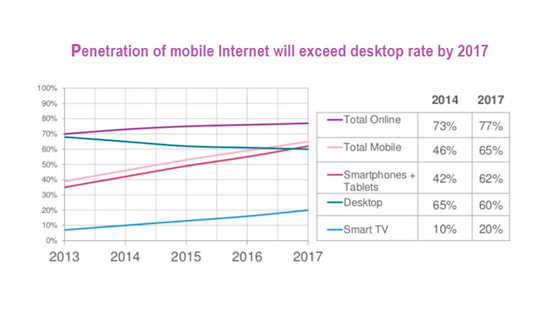 In the USA, mobile Internet for the first time overtaken desktop Internet for daily pastime (according to Marketer, for April 2014). A person spends almost three hours a day in the Internet using mobile devices. 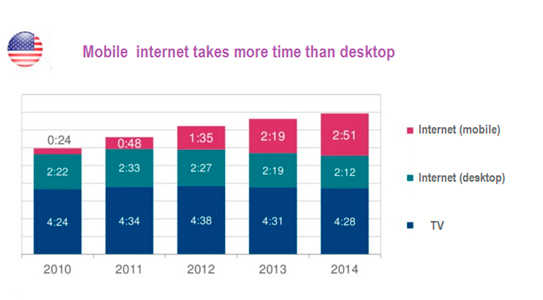 Average time consumption of media per day, on a population, USA, eMerketer, April 2014, 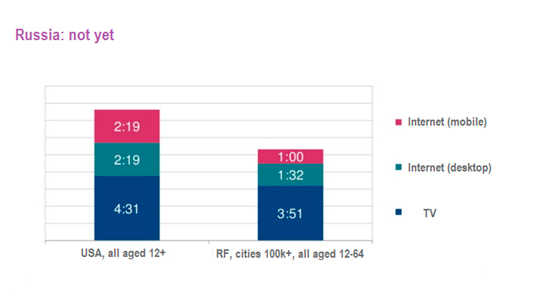 Almost any kind of activity that is usual on the desktop, is available on mobile internet as well. There has been significant growth in the segment of video downloading and use of messengers. 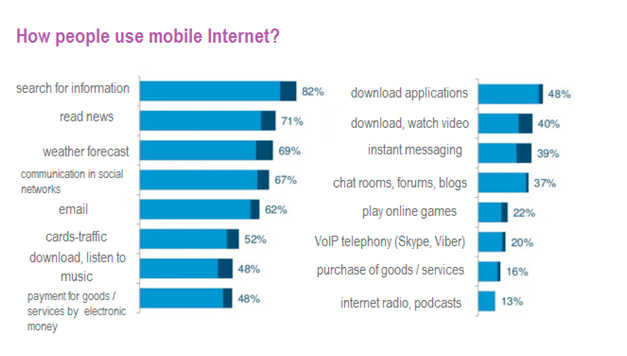 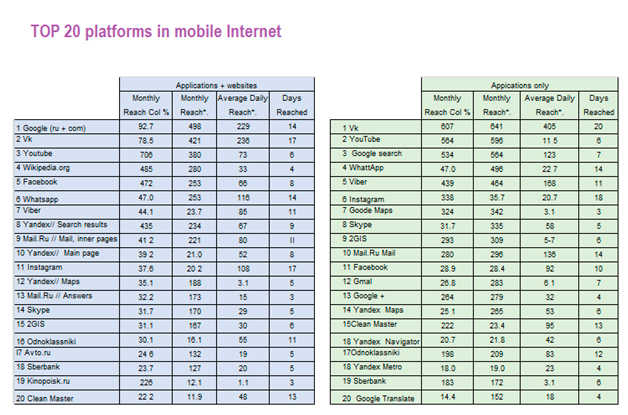 According to Dentsu Aegis Network, not all mobile advertising is a result of conscious demand of an advertiser. Only 1.8 billion rubles are used correctly, taking into account follow-up actions of users. 2-6 billion rubles are spent inefficiently, for example, only 50% of advertisers had a mobile version of website at the time of the research, however, they bought mobile advertising, which led nowhere.

The main categories of advertisers in Russia are telecommunication, automobiles, consumer goods, audio-visual equipment, finance, entertainment and media. However, advertising monetization model is not the only one that can be used to survive. According to Vision Mobile company data, direct sales via application stores brings about $ 40.5 billion of income for developers all around the world (more than 8,000 people in 143 countries), 37% of respondents use this model. The most profitable segment ($ 300 billion) - e-commerce, but only 9% of developers prefer this model. Advertising model is used by 36% ($ 34.5 billion). 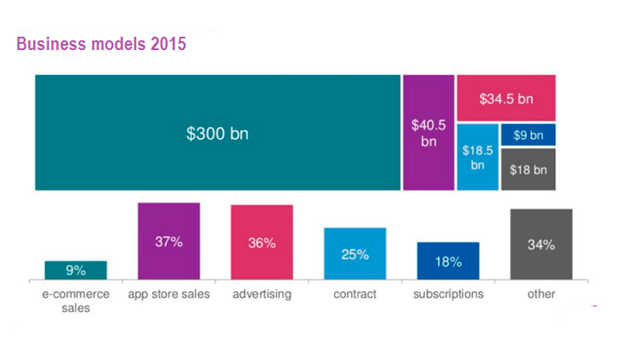