Daily in Russia, millions of users watch YouTube, while its monthly audience equals to more than 40 million Russians.

How much is it interesting for advertisers?

In our blog, you will find answers to these two questions and not only them.

According to Mediascope, YouTube is consistently in Top 3 leaders as per monthly reach of the Russian Internet audience. Notably, first two places are taken by such RuNet giants as Yandex (and its 28 projects and Mail.ru (20 projects). 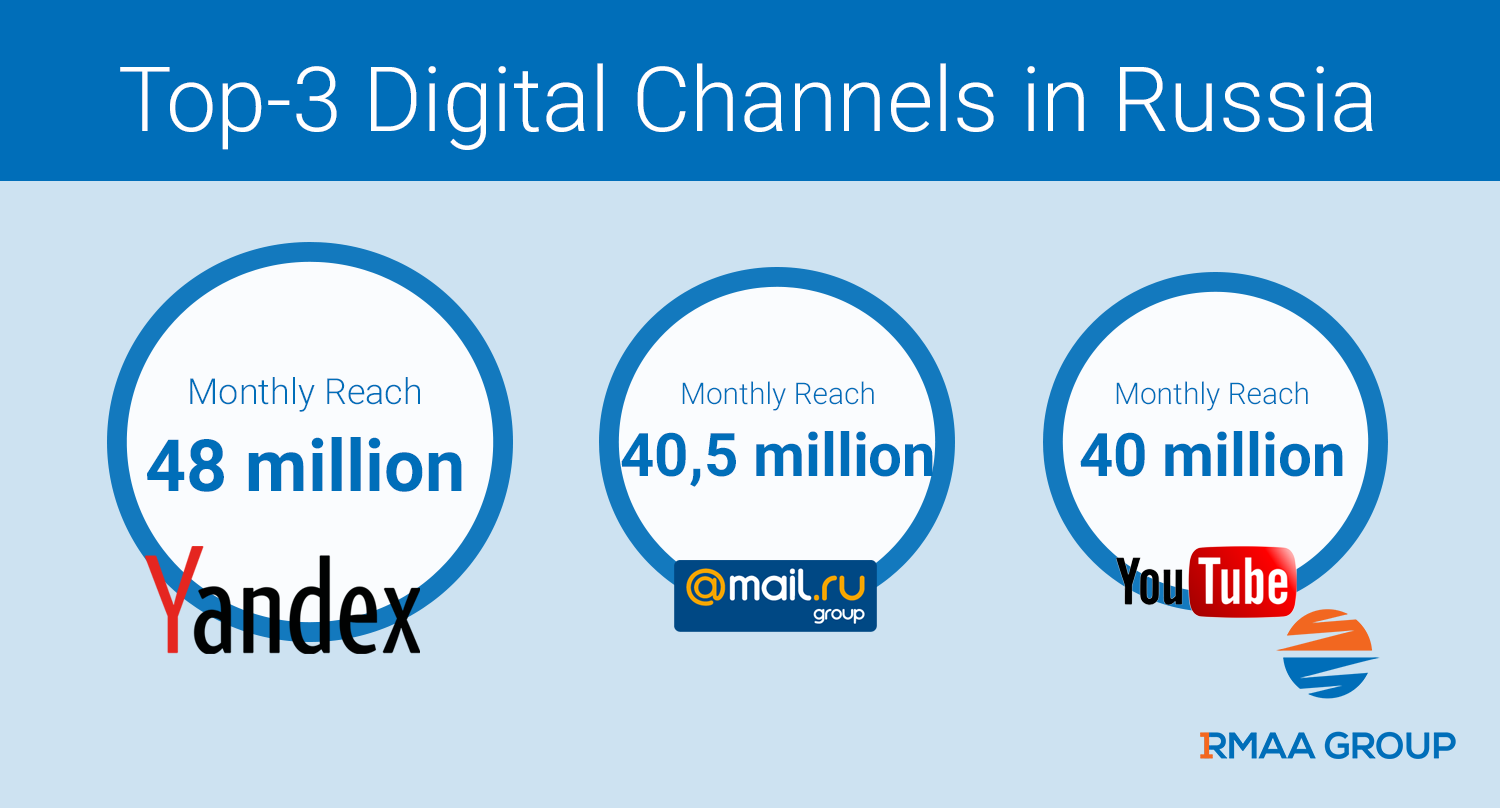 Source WEB-Index: The audience of Internet projects. The results of the measurement: Desktop, February 2019, Russia 0+

Almost half of the YouTube audience in Russia consists of users aged 25-44 (48%). Male audience leads in almost all age segments.

From the marketing point of view, YouTube has quite a solvent audience—80% users have an average and higher income. At the same time, a bit more than 23% audience are specialists, while more than 13% are managers*. 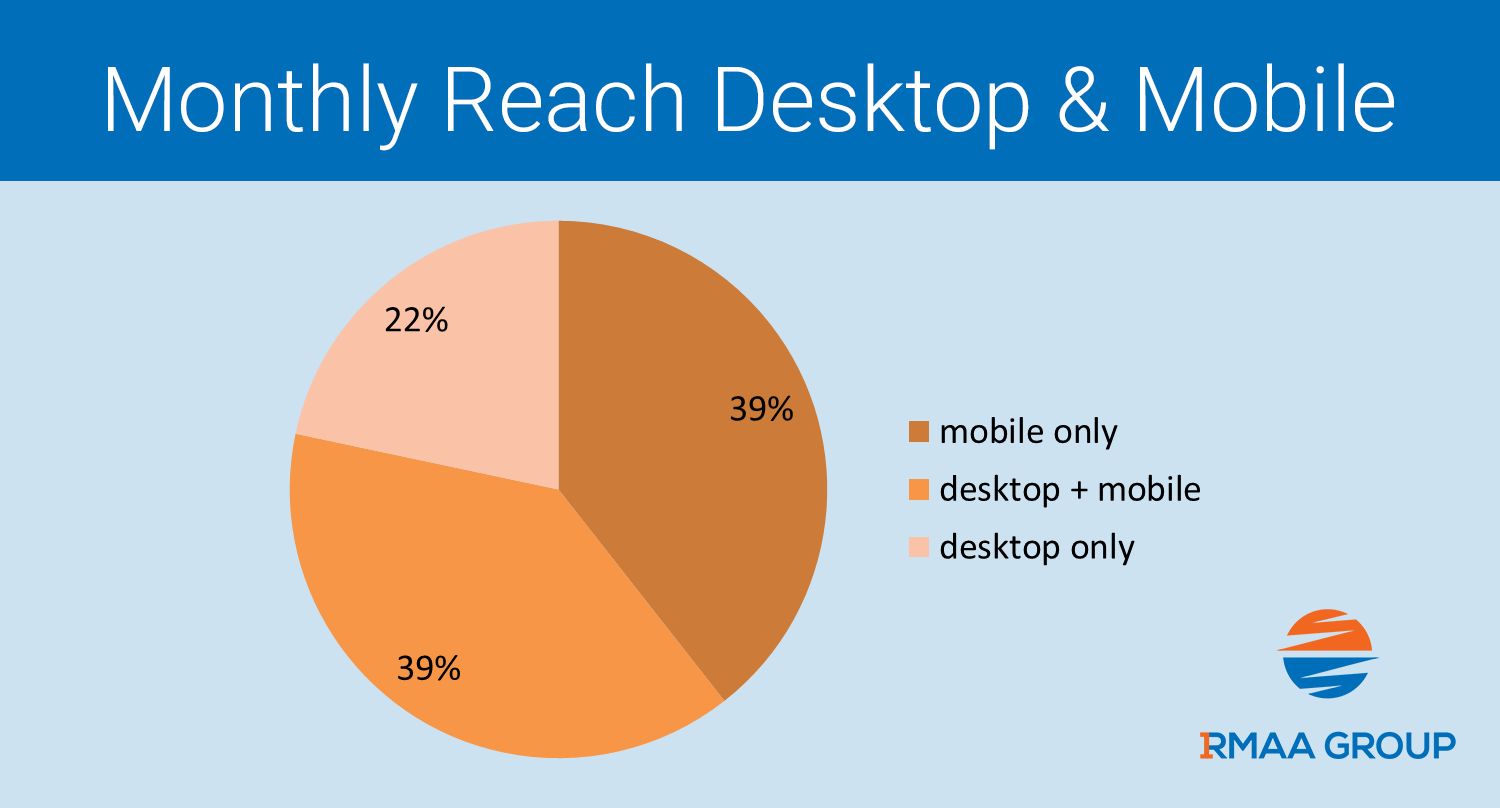 Source WEB-Index: The audience of Internet projects. The results of the measurement: Desktop, January 2019, Russia

Placing ads on YouTube, you get an opportunity to reach not only the majority of users of social media that are popular in Russia, but also a huge lot of unique audience that uses only video hosting. 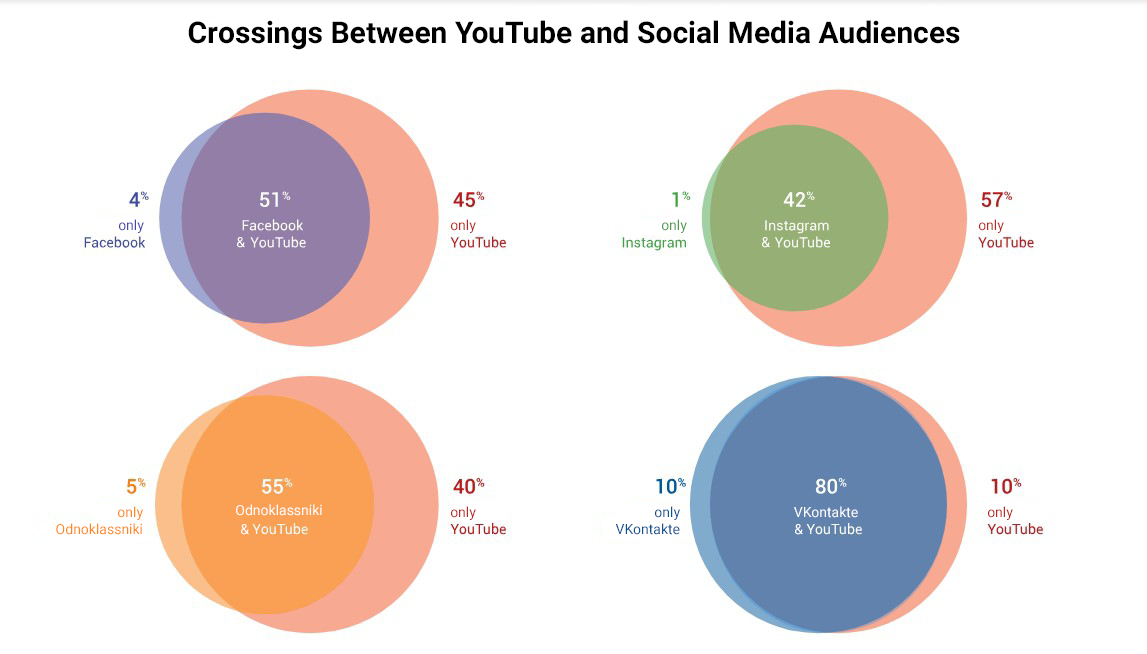 In the face of audience aging, the share of views of children and entertainment video has increased, while main consumers of bloggers’ video are still viewers under 18 years old, which share reaches 40%, according to the study by Yoola media network. As for kids, more often it is their mothers who turn them on, or women aged 24-44.

While the audience gets older, its preferences change, too. In the category aged 18-24, bloggers are still in favor, but there are also gaming and entertainment coming. These genres are also popular among YouTube users aged 25-44. Apart from that, there is a category of themed videos. Men start getting interested in business, cars, and gadgets, while women, on the contrary, watch videos about fashion, beauty, health, motherhood, sports, shopping, and lifestyle. However, in the age of 35 women start losing interest to themed content, while male context remains relevant for its audience. 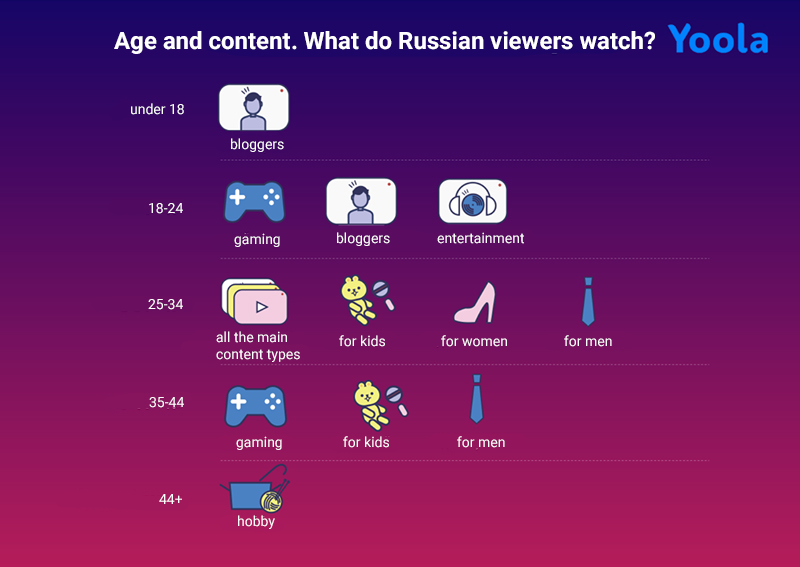 At the age of 44 years and more, audience preferences shift to entertainment and hobby videos. Most popular ones become life hacks, DIY. People watch video about travelling, cooking, gardening, knitting, and other activities. Yoola notes that such themes are most often presented by small thematic channels. Unlike other content categories, in the DIY category bloggers as channel authors are of lesser importance: presenters can chance, an author’s face does not need to appear on camera, while viewers will only be interested in usability of the content watched.

What is more, working with various communication channels, we noticed that the YouTube audience is the toughest one: all negative aspects are welcomed in video. On the other hand, the ‘kindest’ audience of Russian users is on Odnoklassniki. 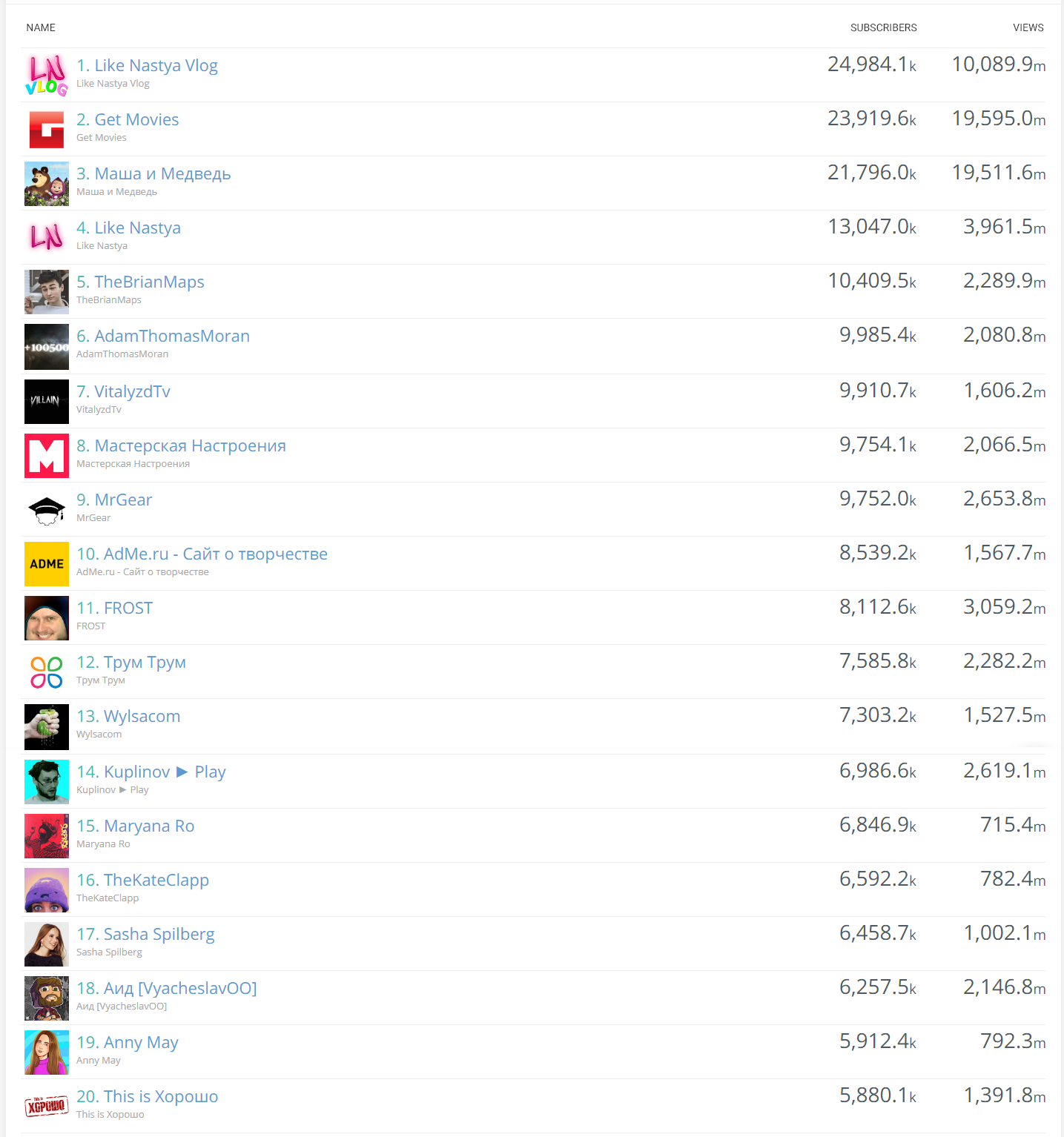 According to the rating on Livedune, Top 20 most popular channels in Russia are”

3. Masha and the Bear – the most popular animated series

The growth in popularity of kids’ content already goes on not for the first year, but this year, results are just incredible. The reasons are trivial: more and more parents prefer to hand over leisure of their children to gadgets.

In general, Top 4 out of all Top 20 are channels for kids. There are two channels for vloggers for kinds that continue gaining fantastic popularity in Russia.

One of the most popular bloggers in Russia and worldwide are let’splayers. They record, publish, and comment gaming process. Such type of video is in a very high demand—74% gamers watch video on YouTube to improve their gaming skills. Two channels of such kind hit Top 20.

The biggest share here is vloggers. Out of Top 20, there are 14 channels of video bloggers with various content and audience: kids’ vlogs, humor, pranks, blogs for girls, gamers or, in other words, very diverse channels hosted on YouTube.

When elaborating a marketing strategy for promotion in the Russian market, you should definitely pay heed to YouTube. It is growing fast and catching up with TV step by step: in the Russian media market in 2018, the monthly reach of the platform was outplayed only by Channel One. It means that your target audience is already there, and you just need to find it and address it in the right way. Drop us a line, and our experts will elaborate a strategy of promotion in the most popular video hosting for you.