Tendencies of radio advertising in Russia 2015 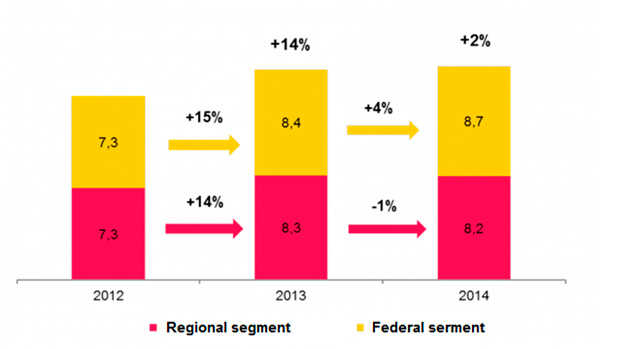 Throughout the year, there was a tendency of slowing down the dynamics of advertising budgets for federal segment. Thus, the 1st quarter of 2014 ended with an increase of 11.5% as compared to the 1st quarter of last year, in the 2nd and 3rd quarters of the market showed growth of 6.4% and of 5.7%, respectively. In the 4th quarter radio advertising budgets decreased 2.6% as compared to the same period in 2013. 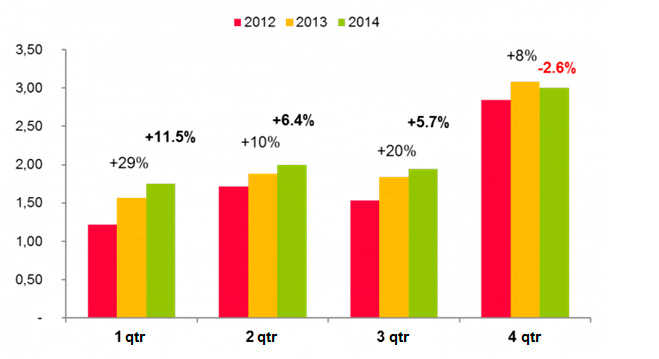 At the regional level, radio advertising growth was in the range of 2-3% in the 1st-3d quarters and in the 4th quarter advertising budgets were reduced 11%. 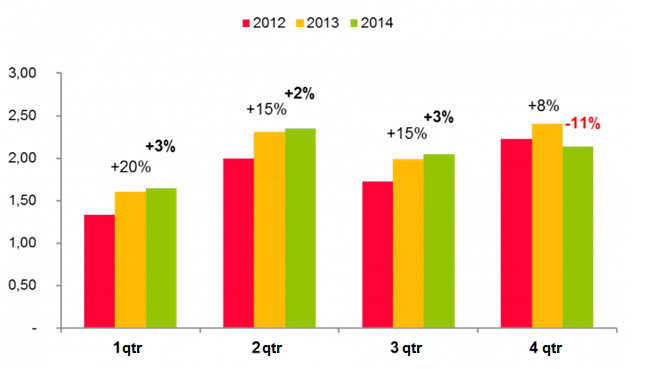 Large part of advertising budgets on the radio is steadily concentrated in six product categories: "Medicine and Pharmacy", "Trade Organizations", "Automobiles", "Leisure, Entertainment and Tourism", "Real Estate", "Financial and Insurance Services". In 2014, these categories provided 75% of the total budget allocated to advertising in federal segment. Cumulative increase of budgets for these categories in 2014 was 10%. 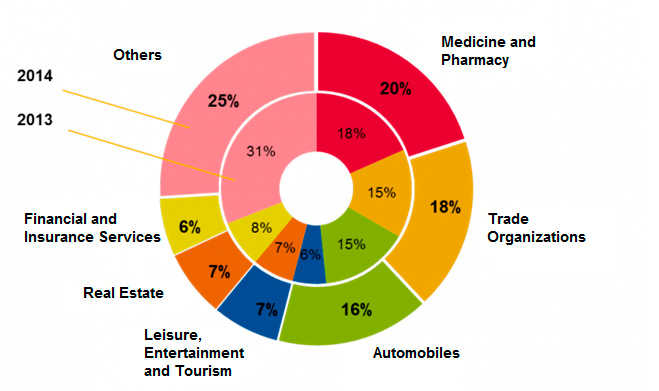 The remaining product categories hold 25% of the total advertising budgets on the radio. During the crisis, the dynamics is quite predictable - usually small advertisers place ad in these categories, but in times of economic instability, they reduce marketing costs or leave the advertising segment.

In this regard, we can see a significant reduction in the share of other product categories at the end of 2014. In absolute terms, their budgets have dropped 16%. While advertisers-leaders of radio segment continue to increase their budgets.

The budgets of TOP 20 increased 12% in 2014. As a result, teh share of the group increased from 29% in 2013 up to 32% in 2014. It should be mentioned, that the lineup of TOP 20 advertisers did not have significant changes during the year: the leaders, as before, are medical and pharmaceutical companies, trade organizations and manufacturers of passenger cars - these categories showed a steady growth in the volume of advertising budgets throughout 2014. 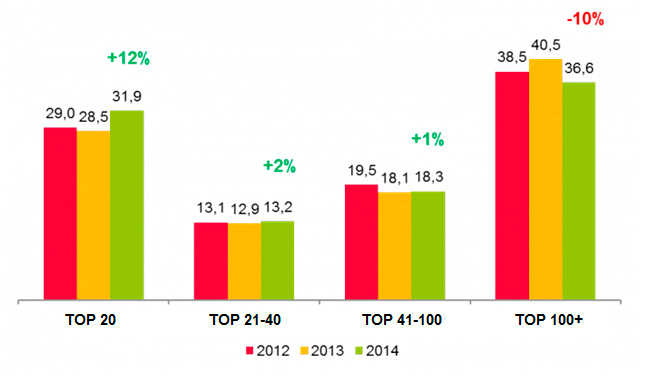 Features of the radio:

- In times of economic instability, small advertisers are the first who reduce advertising budgets on the radio or who leave media segment at all. At the same time, large advertisers, despite everything, stay in the segment and even increase their budgets.

- Radio segment is characterized by a specific budget allocation by product categories - budgets are concentrated in six major product categories. They provide 2/3 of all advertising budgets. In 2014, their cumulative increase was 10% as compared to 2013.

- In 2015, during the economic crisis, it is difficult to expect positive dynamics for the radio. However, radio is quite dynamic segment and, if the economic situation improves, it will quickly increase advertising budgets.

More information about the structure of TV/radio advertising market read in our White Paper "How Does the Media-Buying Market in Russia Work? A Media Buyers' Quick Guide for Effective Work in Russia" 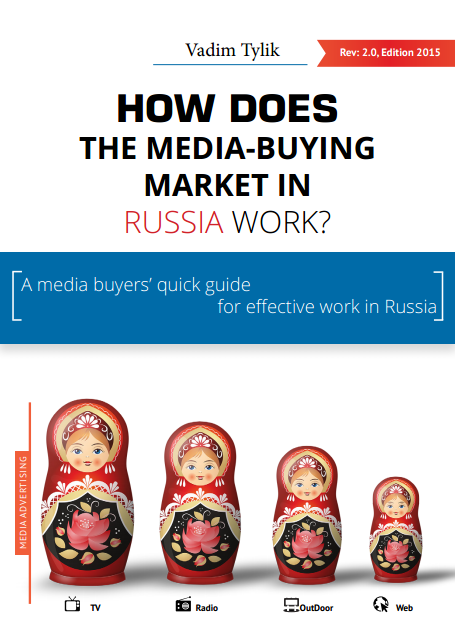