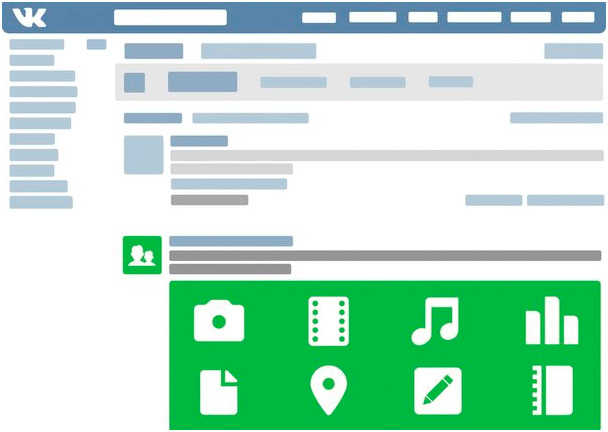 VKontakte at the conference Russian Internet Forum+Internet & Business announced a number of innovations that are designed to make marketers life easier. In the nearest future company plans to launch a video platform with friends updates, recommendations from editors, thematic channels, TV series, bloggers, and popular videos. The content monetization will be against advertising model. Upload in VKontakte native player will increase the chances of video to get in the top and in a list of recommendations.

The social network promises to show not more than 3-4 commercials in a video with a duration of 40-50 minutes. A single load standard is being developed together with Pladform service and Gazprom Media Digital. Key sources of content will be Channel One Russia, TNT, VGTRK, Red Square, KHL (Kontinental Hockey League), AMIK, CTC, Ello, video bloggers.

In May 2015, VKontakte was to offer advertisers a new format of promotion - recommended posts of communities in the news feed of users. Technical testing began on May 1 with the integration of invisible records to verify traffic volume and prices adjustment. Promoted posts will be available to all major partners on May 15.

A new instrument will allow to promote posts in web and in mobile versions, as well as in VKontakte applications. Users will be able to share or to press "Like" button in advertising post, comments will be available only after it will be opened in a new window or in a separate page.

The main difference with ordinary post in the community is targeting. Advertisers will be able to use more than 20 options, including behavioral targeting and retargeting. VKontakte will provide all necessary information on the number of interactions: fee paying and organic coverage, the amount of click-through in a post, as well as the number of clicks-through to a community, hidden posts. Advertisers will be able to analyze the effectiveness using third-party web counters as well, for example, AdRiver.

“A payment model of new format will be CPM (Cost per thousand impressions), advertising charge will be defined by auction,” said Alexander Kruglov, the head of Client Relations Department. Behavioral targeting will allow to appeal to the target audience in two weeks. According to Kruglov, a new format combines the best sides of a display advertising targeted at social networks, as well as the possibility to monitor results of a campaign in real-time mode. Overall, there won’t be that many commercial posts, in other words advertisers will have to "fight" for a place in the news feed.

Dmitry Grishin, CEO of Mail.Ru Group, has confirmed that the development of mobile and video advertising will be a priority for the monetization of VKontakte. "Work in this direction was initiated in the fourth quarter of 2014; in the first quarter of 2015 pace has grown, and we are satisfied with the dynamics," said the head of the company.