Because of the COVID-19 pandemic, people began spending more time with their mobile phones. This affected both the increase in the total number of mobile app users and, in particular, the number of mobile game players.

The year of 2020 was a very lucky year for mobile developers in Russia. According to Statista, it was mobile games that became a main growth driver for game industry income—the mobile game income equaled to $1.5 billion at year-end. The income generated by Russian users grew, too: APRU in mobile games equaled to $42.10 in 2020 (in comparison, APRU was equal to $40.15 in 2019).

During the lockdown, a quite new audience came to games. This proved that games, as a mass online entertainment, have an enormous potential. People began playing more often and longer. So, according to Statista, the number of mobile gamers in Russia increased by 18%, making 35.83 million. At that, according to Superdata and Wargaming, the mobile game audience hit 66 million people as far back as in the first half of 2020.

The leader by active users in Russia is Brawl Stars, a MOBA mobile video game developed and released by Supercell. The second place is taken by Minecraft: Pocket Edition, a joint development by Mojang Studios and Xbox Game Studios. Roblox, a virtual universe for games by Roblox Corporation, came in a good third. 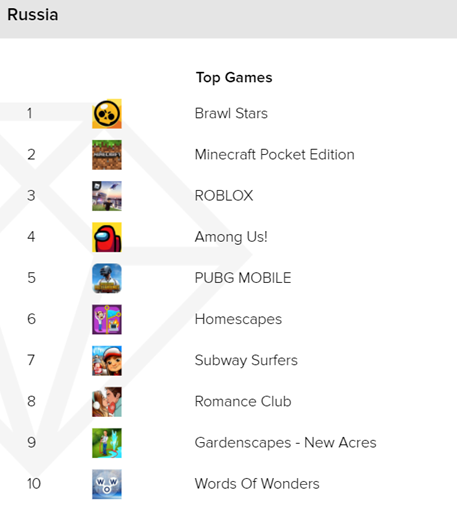 The 2020 revenue leader among mobile games in Russia became Hero Wars – Hero Fantasy Multiplayer Battles by Nexters. Brawl Stars did not only become a leader by playing users’ activity, but also took the second place by revenue. Gardenscapes: New Acres, a mobile free-to-play game by Playrix, took the third place. 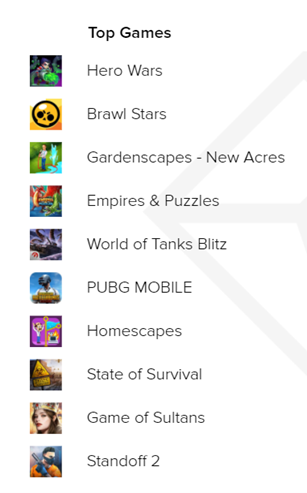 Statista provided their own top mobile games by revenue (with a breakdown into monthly revenue). In November 2020, according to their data, having earned more than $1.3 million, the leader by revenue in Russia was a multiplayer game World of Tanks Blitz for iOS and Android by Wargaming.net. Homescapes, a free-to-play game by Playrix, gave way to the leader a little bit (the revenue was $1.288 million) and took the second place. The third place in November by revenue was taken by Hero Wars. 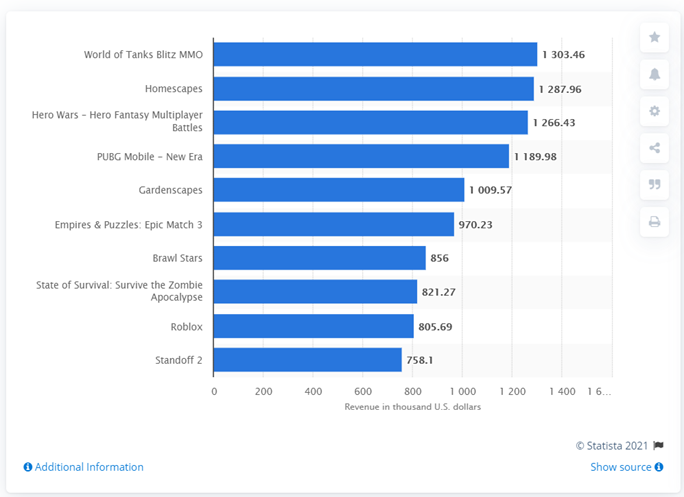 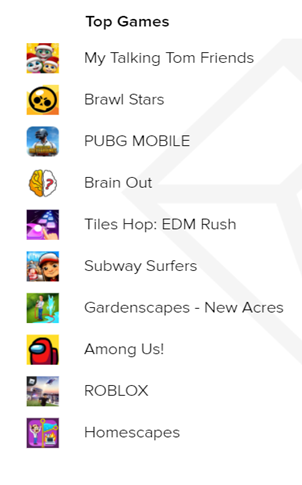 Do you want to learn more about the Russian game market? Guide to Online Games Promotion in the Russian Market contain results of all latest market research.