That is why today almost every brand is eager to come to TikTok. However, even if the brand already has an account, getting recommended is not the easiest thing in the world. Therefore, integrations with bloggers can help you reach your marketing goals.

Why do I need TikTok? The analysis of its audience will partially let you answer this question. First of all, this social network has increased its audience in Russia twice within one year (from March 2020 until March 2021). More than 12 million Russians go TikTok daily and spend there 33 minutes per day on average.

Only one fifth of its active audience makes creative videos—all others prefer watching, liking, and commenting. 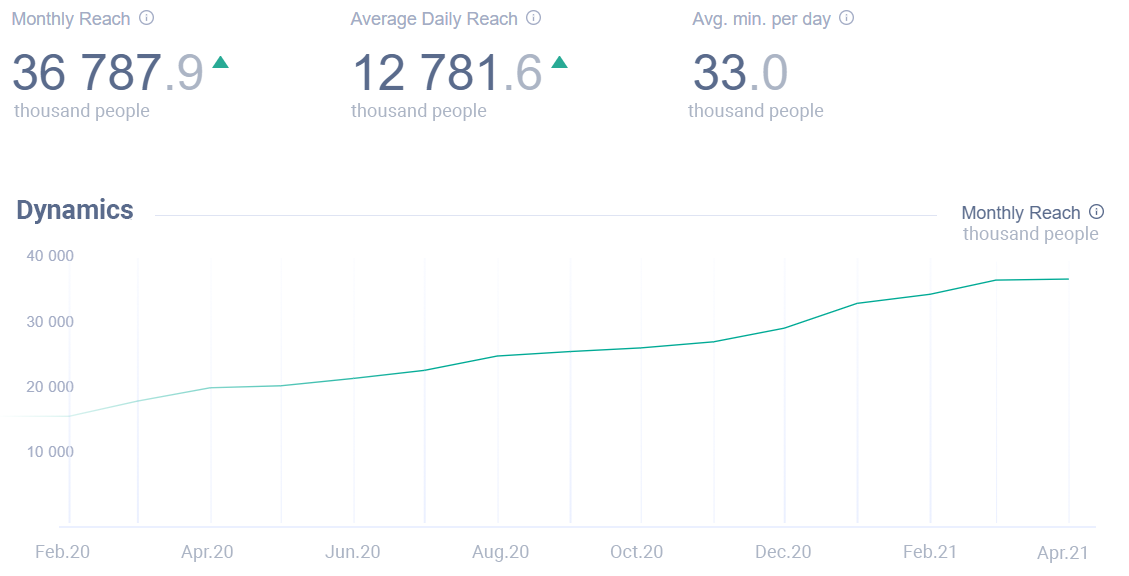 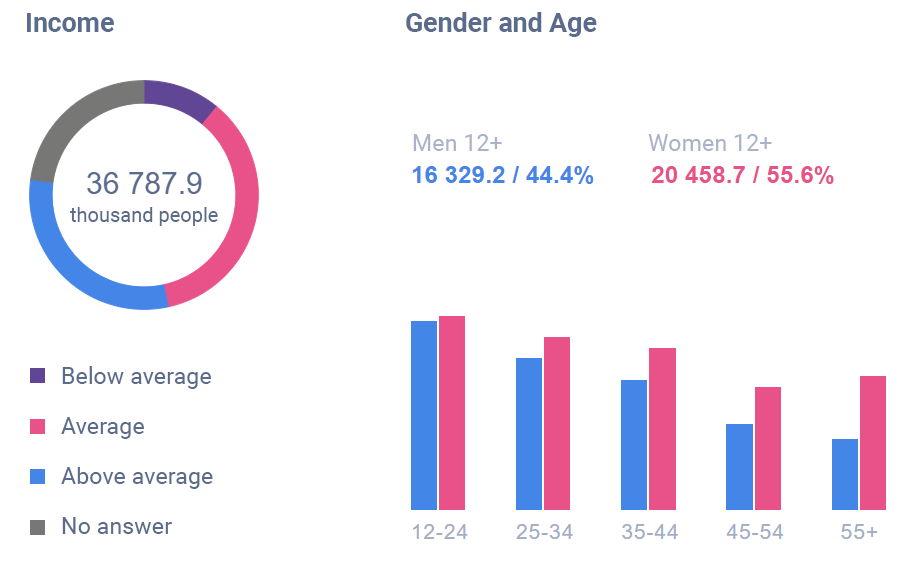 Kirill Kolesnikov became a rating leader on the Russian-language TikTok by followers. The audience of his channel on TikTok grows at an unprecedented pace, or 21.4 million followers during four months. A former sportsman and parkour world champion, now he films pranks with acrobatic elements.

The first place is taken by Valya Karnaval. The singer, actress, and popular blogger rose eight positions higher as compared to the previous rating. This success was supported by numerous videos from vacations and a scandalous YouTube show with Larisa Dolina, which was actively discussed in social and mass media. Meanwhile, let us not forget that Valya Karnaval has one of the largest audiences in the Russian-language segment of TikTok (14.4 million followers).

The second place is taken by a Kazakh blogger i_am_doshik who moved up to Top 3 from the 5th place in January 2021. During this time, this blogger, with her unbelievable mimes and creative images, grew not only her audience, but also its engagement—her account has got 10 million more comments, likes, and reposts in April. As a result, she has got 52 million reactions and the 2nd place overall.

The third place is taken by Yulya Gavrilina, the only rating participant who has been holding her position since January. The April's result is 52 million reactions. Apparently, this time a formula for success has been a trip to the seaside. Yulya spent her vacation together with Valya Karnaval, and the girls have a lot of joint videos on the feed from their vacation in the south.

The fourth rating place turned out to be taken by a TikTok house from Kazakhstan, YOLO HOUSE, which popped 18 positions up right off. The house's engagement increased more than twice, up to 51 million reactions.

The fifth place is taken by Veronika, a member of another TikTok house, Hype House Rus, who got 46 million reactions. It seems as if Veronika read our January study and used all secrets of popularity that we wrote about in the previous rating. As a result, the girl made the Top 5, even though as far back as in March she was far beyond the top by engagement.

For example, there was a search of the most symmetric user in April. Videos with a tag #инверсиячеллендж (Rus. #inversionchallenge) got more than 345 million views, while videos with a tag #дутыегубки (Rus. #purseyourlips), with which even documentary movies become funny, managed to get 65 million views within several weeks.

However, trends are not always entertaining. There are already thousands of user videos by a tag #учисьвтикток (Rus. #learnintiktok) where people share life hacks, explain laws of physics while dancing, or tell how to multiply multiplace numbers quickly. The ambassador of the science trend is a scientist and TV presenter Nikolay Drozdov. As a result, the trend has got more than 761 million views.

Against the backdrop of popularity of such trends, advertising integrations go over big, too. Videos with a tag #ПлатиБраслетом (Rus. #payband) by MasterCard and Xiaomi have got 331 million views, and there are hundreds of user videos that take part in the contest. This is more than almost all non-profit challenges have.

That said, users have become more picky and are not so lavish in their reactions anymore, thereby making likes and comments a currency. The overall engagement decreased in April: Top 30 bloggers' accounts got 910 million reactions in total vs. 988 million ones in January. This trend is also proven by the results of rating leaders: the most engaging account got 108 million comments, likes, and reposts, while in April the best result was only 61 million reactions.

The analysis of Top 100 accounts of the Russian-language TikTok shows that the most popular bloggers do not belong to any genre: only a few authors publish a single type of content. Almost every blogger has a 'superpack' that traditionally provides many reactions. For example, an opportunity to make a collaborative video with their favorite blogger or a response to the other content became an effective tool: sometimes duos become more popular than an original video. So, a must-have kit of a TikToker is challenges, lip sync, humor videos, and duos.