New games appear almost every day, but only a few become real classics like GS:GO, Dota or World of Warcraft. The others can expect high coverage and sales figures mainly at the start – these are the first two weeks after kick-off at a new market. Then one needs to constantly fuel the interest of gamers in the game and engage new promotion tools to increase audience coverage and the number of downloads/installations of the game.

To promote the game on the market, one can both use standard advertising methods and "spy" game marketing concepts from the mastodons of the gaming industry.

The crisis associated with self-isolation and the closure of public institutions also affected theaters and became an impetus for experiments in the theater environment. The first step was to move traditional theater stagings online. The next step was a departure from traditions and staging performances in a new entourage – virtual.

June 14, Bolshoi Drama Theater (BDT) named after G. A. Tovstonogov presented the first Russian Minecraft performance. This is a staging of "The Cherry Orchard" directed by Edgar Zakarian based on the play by Anton Chekhov.

The performance was played on the stage of a virtual BDT, a copy of which was built by Minecraft players led by architect Andrey Voronov. In real time, the actors of BDT, as well as a bot zombie in the role of Firs, while playing in Minecraft, performed "The Cherry Orchard". The staging opened a series of Minecraft performances based on the school's literature program.

The 15-minute staging was broadcast on the theater's YouTube channel and official Vkontakte page. The performance in the new format was announced by many leading Russian media outlets and in less than 24 hours, the recording on YouTube was viewed by more than 60 thousand users, who left 4 thousand likes and more than 200 comments (mostly enthusiastic).

Battle of streamers at Shadow Arena

Promotion of the game via streamers is a standard toolkit of every marketer in the gaming industry. However, there is another way to approach it. For example, not just provide the streamers with opportunity to be one of the first players to test the game, but also bring a competition component to the process.

This is the decision that experts from RMAA Games Agency came to when, in early 2020, the Korean game developer Pearl Abyss set a task to increase the awareness and coverage of the Shadow Arena game in Russia. The tournament was held in two phases with participation of 30 popular streamers from Twitch and YouTube.

During the tournament, the streamers not only identified the winner, but also showed the tricks and techniques of the game, both in team and single fighting.

As a result, 20,000 users watched the stream during the broadcast period on the channel, and subscribers saw game's features of each of the 30 streamers who also broadcast on their channels.

Read more about this game promotion idea in our case here.

Tank football from World of Tanks 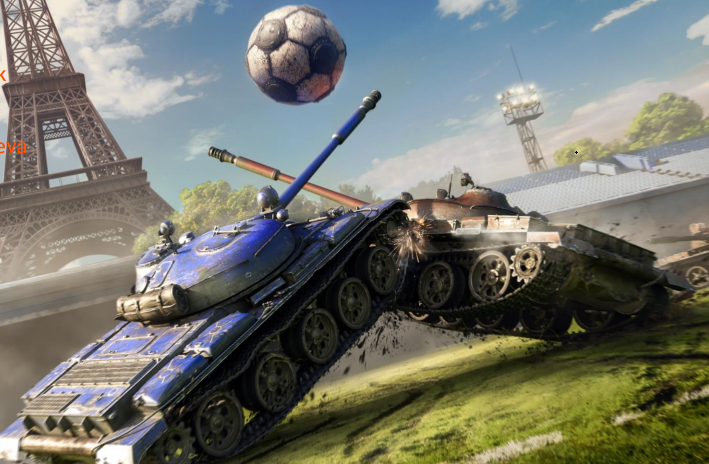 Using third-party newsworthy events (bright events from the world of sports, culture, etc.) to stimulate the growth of the number of users of the game is not a new mechanics, which is mainly used by already popular games. An excellent example of this case is the promotion of the game World of Tanks against the backdrop of Euro 2016.

The "Tank football" project was conceived in order to bring Wargaming to new information platforms, stimulate an increase in the number of users and active players in World of Tanks with the help of a world-wide event – Euro 2016. Any willer could play tank football, he just had to gather a team of 3 people. The tournament consisted of two phases: the Qualification one, which determined the top 4 teams in the region, and the Super Final, which was broadcast live on July 9. The players got valuable prizes at each phase, and the winner got $2,600.

As part of the project, it was decided to involve the largest information partners in the field of computer games in the coverage of the tournament in order to increase the number of mentions of the project in the media and attract as many players from Russia and the CIS as possible. The target audience of World of Tanks is mainly males (about 97%) aged 25 to 45 years. In order to increase interest in the tournament, a prize pool was introduced as in-game bonuses, and the winner got $2,600. The game also introduced a new model of the T-62a Sport Tank.

The tournament started on June, 10. Before that, about 40 press releases were issued in the largest media in the CIS and 5 major information partners were involved in covering the project. Thus, PR activity started well before the kick-off and continued until July 15, 2016.

As a result, the tournament managed to gather almost 22,000 gaming teams and reach more than 70 million users.

Such game promotion ideas that are beyond the use of standard methods of advertising promotion, allow having a longer-term marketing effect. Due to the creative component, they get additional coverage in the industrial media – the more interesting and creative the case, the more viral coverage the brand itself will get. Such formats of game promotion favorably affect the brand's memorability and perception in general: the audience is attracted by interesting content, not just evident advertising, so the audience that such projects attract is usually more loyal.

Do you want to implement a similar project aimed at gamers Russia-wide? Contact RMAA Games experts and get exclusive ideas for creative promotion of your game in Russia and CIS countries.