Clubhouse is on Trend: Analysis of the Russian-Speaking Audience

In fact, the new popular social application Clubhouse is a virtual club where various companies of interest gather in separate rooms and discuss something exclusively by voice.

On February 7, 2021, rapid growth of the Russian segment of the Clubhouse application began, which provoked an increase in discussions in social media. The maximum bursts of discussions occurred on February 14-17.

179K Runet users generated 370K mentions on social networks from the beginning of 2021 to 24 February 2021. Discussions peaked in mid-February. This is due to three newsworthy events that were created (whether they wanted it or not) by Artemy Lebedev, Ilon Mask and Vladimir Soloviev.

By March, Russia was in the top of the countries in which the Clubhouse application was the most popular and took the 5th place in terms of the downloads count. By mid-March, 540 thousand users had already downloaded the application in Russia.

In February, Clubhouse was the third most downloaded social app worldwide after WhatsApp and Facebook. In Russia, it was ranked second, ahead of Facebook. However, in March, interest in the application began to decline, says AppAnnie. In the Top 10 countries in terms of downloads counts, the application ranks fourth to tenth among social networks and does not lead in any market. In Russia, in March, Clubhouse dropped to fifth place in terms of the downloads count among social networking applications.

Portrait of a Clubhouse Audience in Russia

Despite the fact that Clubhouse has not yet acquired an Android version of the application, and not everyone can still get an invite to it, the hype around the social network in Russia does not subside, unlike the number of new registrations. 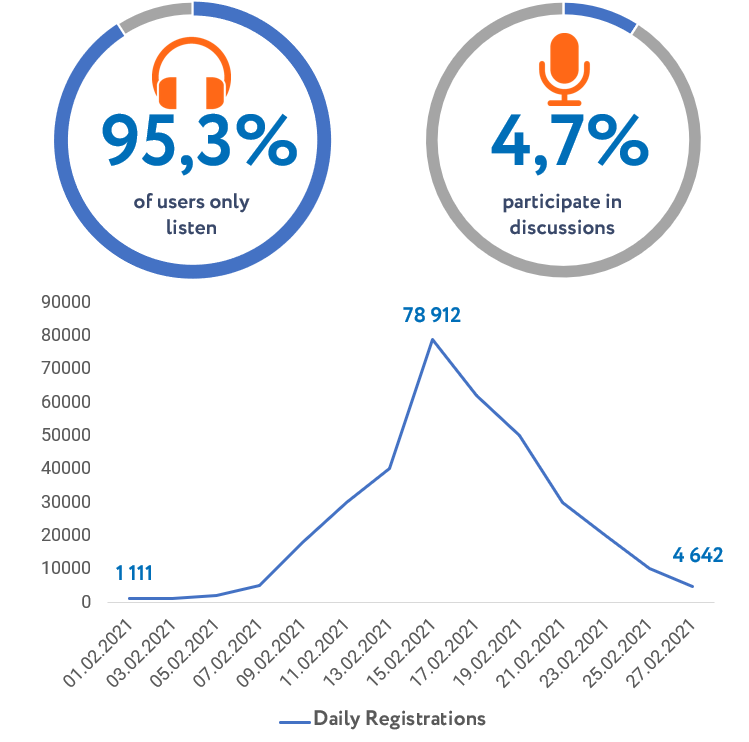 Only less than 5% of Russian users actively participate in discussions. The great majority simply silently listens to conversations in rooms, spending on average about 36 minutes a day for 1-2 sessions. 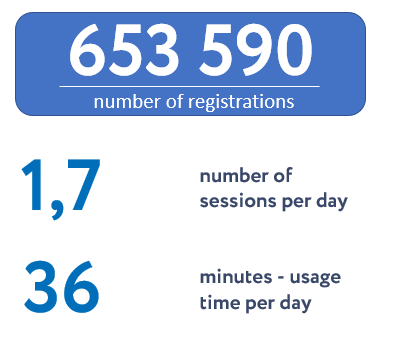 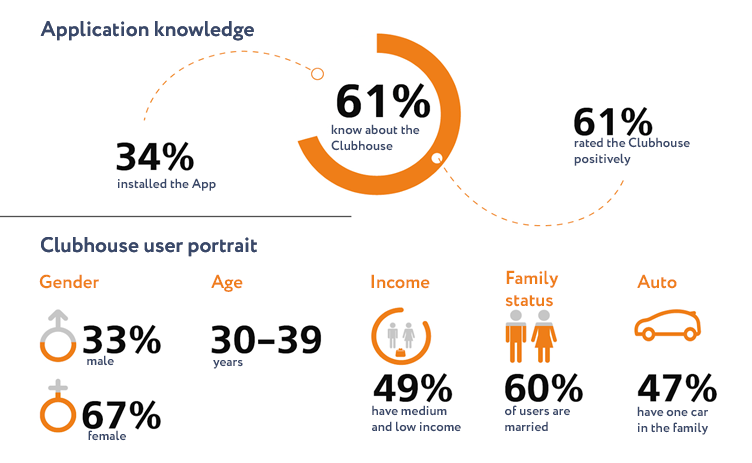 According to Clubstat, Ilya Varlamov is the most popular Russian blogger on the social network (295 thousand subscribers). He is followed by Oleg Tinkov (189 thousand) and Ksenia Dukalis (172 thousand). 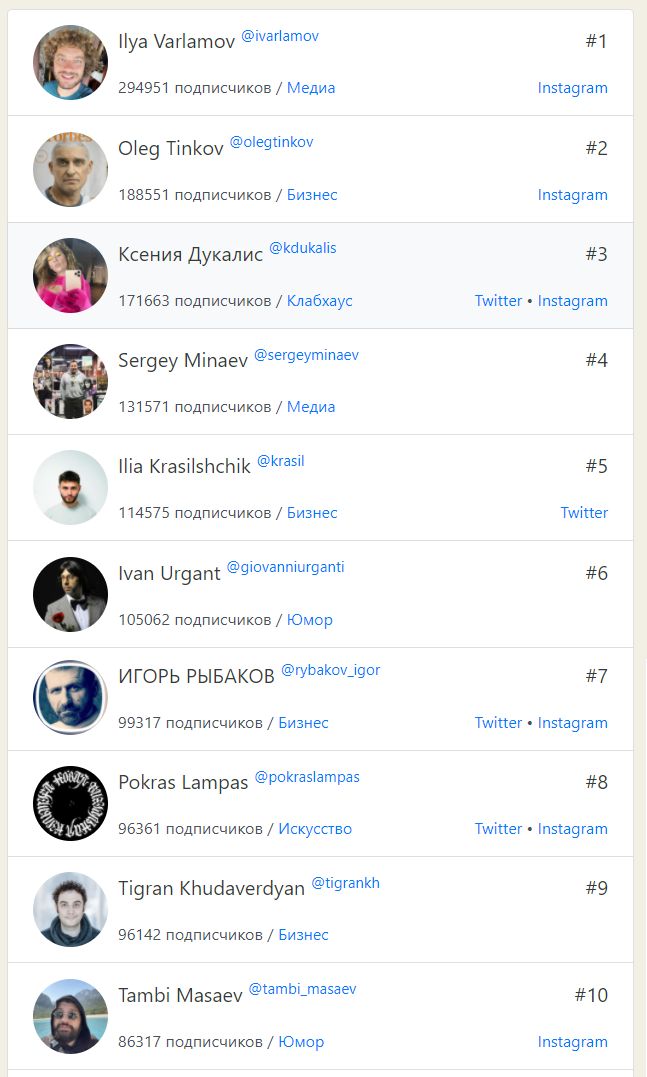 Which Brands are on Trend

Yandex, Burger King and AliExpress were among the first to appear in the Clubhouse.

Yandex has launched Yet Another Clubhouse Room, where the company's employees will perform on an ongoing basis: 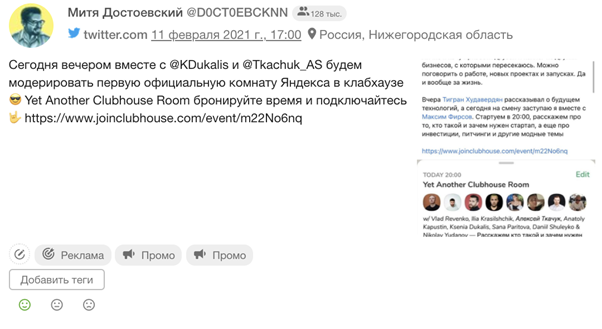 AliExpress launched a “Where is my package” room with discussion of finds on the marketplace and answers to questions about delivery.

Despite the nuances with registration and an incomprehensible interface, the audience of the Russian Internet in general positively perceived the new social network. It is not yet clear how effective Clubhouse is as a marketing tool for brands and how promising it is in the long term, but it's worth trying to use it in your communication right now in the wake of the general hype around the social network, you can easily feel the flow in communicating with the audience.