Game Localization: Does the Lack of Russian Language Affect the Choice of Gamers?

These and many other factors together affect the fact that Russian is consistently included in the Top 10 recommended languages for localization of games and mobile apps.

Why does one need to localize a game?

Localization allows a gamer to immerse himself/herself in the world of the game and understand the jokes and references, taking into account all cultural characteristics. Localization affects how much fun a player will get from the gameplay and whether he/she will leave a positive review. Localized games are more likely to get positive reviews, which in turn increases the average rating and affects (albeit indirectly) sales and downloads.

Do you prefer to play a game in English or in a localized Russian version?

What degree of localization of the game do you prefer?

Note that most Russian gamers prefer official localization over fan-made.

All Correct Games conducted a survey on the subject of what types of errors interfere with the passage of the game and spoil the impression of it. The survey revealed that Russian gamers are more tolerant of various localization errors than, for example, the Chinese audience. At the same time, semantic inaccuracies and incomplete translation, as well as unreadable fonts, more often than other errors lead to switching to the non-localized version of the game (27% and 25%, respectively), and in 11% of cases they are so annoying that gamers simply stop playing a particular game.

Interesting fact: Russian gamers stand for preserving obscene language in translation, if it is present in the original. In the absence of censorship, 91% of Russian-speaking players will continue to play the localized version.

How do you feel about the following localization errors? 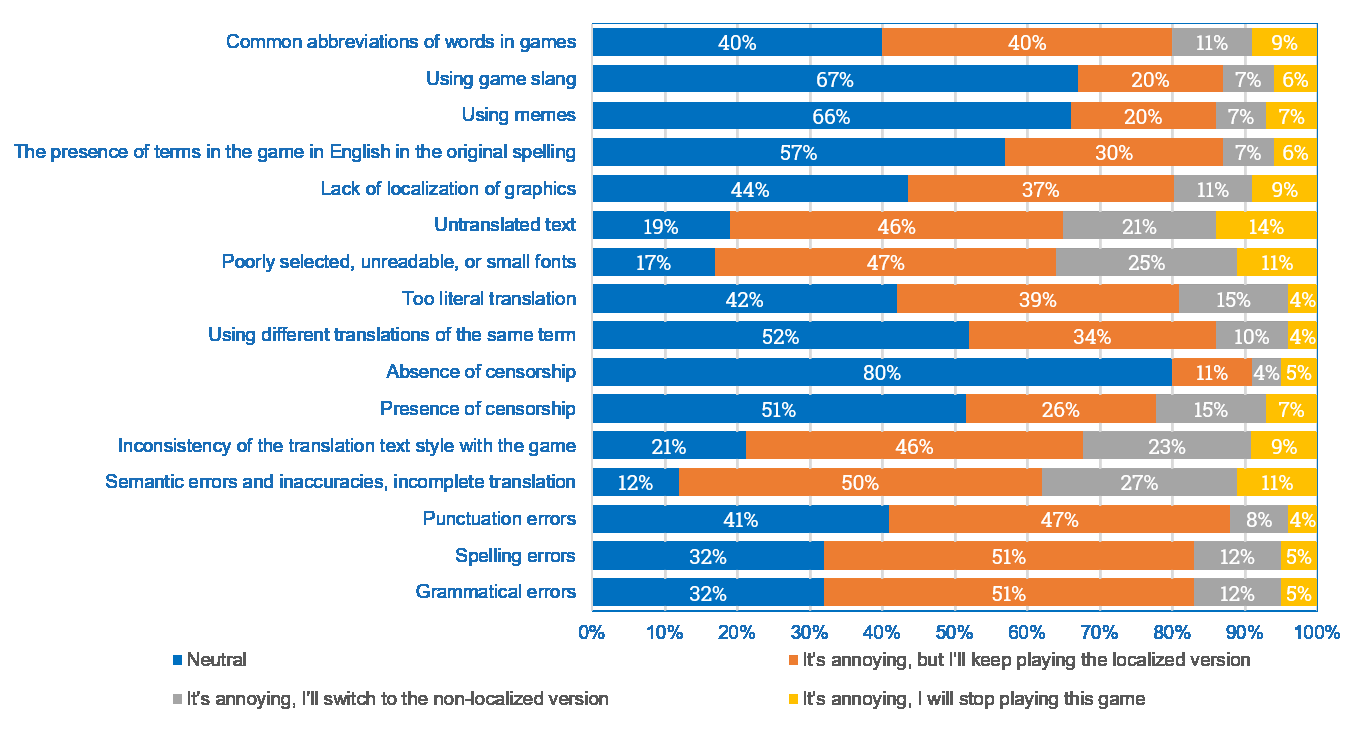 According to surveys, successful localization of a game will significantly expand its audience, increase its rating in Google Play and the App Store, and help it achieve the precious status of "Extremely positive" on Steam. A nice addition will be the positive feedback from satisfied players. It should also be noted that Russian gamers are ready to give developers feedback on games, including on the quality of localization.