Social games in OK during the pandemic

Interest in HTML5 mobile games on the Odnoklassniki social network increased in the first half of 2020, which also affected the revenues of developers.

Despite the COVID-19 pandemic, the advertising revenue of game developers continued to grow at the same rate as a year ago: payouts to developers for advertising in their projects in January - May 2020 again increased by 87% year-on-year.

The OK gaming platform has shown high growth rates since introduction of self-isolation regime. Games became one of the most popular and fastest-growing social network services at a time when a large number of users were forced to stay at home.

In particular, the unique audience of the gaming platform has grown primarily on mobile devices. The monthly audience (MAU) in May 2020 increased by 31% year-on-year. Also, thanks to new tools for promoting games within the social network, the total number of games installed in OK has increased by 23%. During the quarantine, users spent a lot of time in games: in total, during the two most active months of self-isolation regime (April and May), users spent more than 51 thousand years in games in OK. 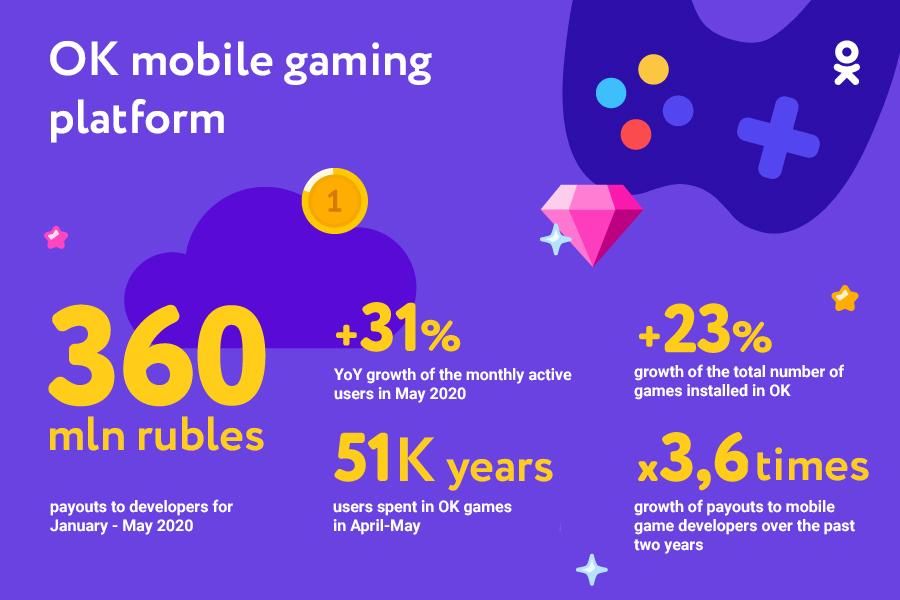 How to promote the game on Odnoklassniki

The social network selects games based on various criteria and puts them in the appropriate sections on the game showcase. All new games uploaded to the Odnoklassniki platform get featured. This helps new products find their first users among those who frequently visit the games section. By the way, game featuring is absolutely free.

Games that have already won an OK audience can also get a feature in the form of a video banner on the desktop version of the showcase, a static promo banner on the showcase, or a video banner in the user feed for the mobile platform. These features are provided to developers for free, they just need to fill out an application. The decision to approve or reject an application is made collectively by the Odnoklassniki games team. 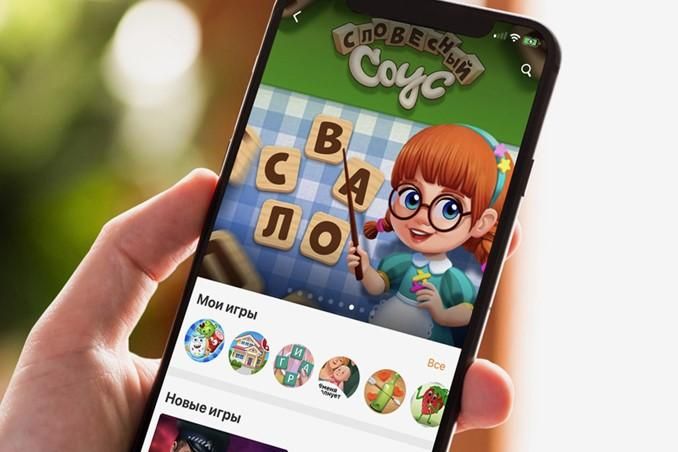 3. Promo videos in the user feed

This type of featuring is similar to an ad, but it is shown without the corresponding label, since it is provided for free. In order to get such a feature, one needs to publish a square video with no sound lasting up to 10 seconds in the game group and send a request via a special form. Requirements and recommendations for preparing a video can be found here. Promo videos are only supported on mobile platforms.

1. Entries in the user's feed about achievements in the game

The Odnoklassniki SDK allows implementing this by using the publishing widget. This publication will be seen by the user's friends who may be interested in the game.

2. Invitation to the game

The user can send an invitation to their friends to join them in the game. This widget can send recommendations to join the app to both playing and new users. This feature is also implemented via the SDK.

In April 2019, Odnoklassniki social network was the first among Russian advertising platforms who opened a new format for promoting games and mobile apps — Playable Ads. The format allows one to fully demonstrate the gameplay and mechanics of the app directly in the news feed, engage the audience and get installations from interested users. Campaigns with Playable Ads are available for launching via the myTarget advertising platform.

And at the end of July 2020, the platform announced launch of the OK Advertising Cabinet to promote games placed inside the social network. Developers will be able to attract new audiences directly through the social network, while launching promotion is intuitive and does not require special knowledge. The advertising account also works on the myTarget platform.

With the help of the new service, OK game administrators can configure targeting that is important for the field of game development. For example, the audience of a promoted game and target users of different categories of games can be excluded by selecting those who have previously made payments, or those who have never paid anything. This allows gathering an audience close to the style and theme of games that will be interested in the new offer. In addition, the Advertising Cabinet for games has the usual setting of the target audience by gender and age and choice of platform for displaying ads: in mobile apps or in the OK desktop version.

Currently, there are two formats available for launching an advertising campaign for games: a post or a video with the "Play" button.