VKontakte is the most popular SNS in Russia. According to Mediascope, 60% Russians use VK monthly, which is equal to almost 73 million people. With this in mind, VKontake is daily visited by 41 million users. That is why game promotion in VKontakte will be interesting for both social game developers and PC, mobile, and console game developers.

Social Games on VK during the Pandemic

During the pandemic, entertainments, in particular, games were much sought after by VK users. In April, as compared to March, the monthly audience of the gaming platform increased by 12%. As for June, 9 million people were active players using the VK desktop version inside the month.

Given such an agitation in June, VKontakte tentatively presented a catalogue of games that can be downloaded and launched out of VK.

The catalogue includes games made by independent developers: puzzles, adventures, strategies, 3D shooters, and other genres. Many of them are placed on VK exclusively: for instance, gamers can build a civilization in Doodle God, become a soldier of a space elite force in Orange Cast, or paint pictures out of colorful cubes in Legendary Mosaics 2.

In order to install a game and save progress, one will not need to create a personal account and remember another username and password—it will be just enough to log in using your VK account.

Elizaveta Zharkova, VKontakte Head of Gaming Partnerships, noted that ‘mobile consumption is growing, but the game industry is traditionally famous for many of those who choose PC. In order to let them spend their time as they are used to, we offered them a catalogue of downloadable games with discounts and unique things. At the same time, we want to support small studios and independent developers giving them a new platform. They will be able to expand their audiences thanks to the fact that the competition in the catalogue will be low at the start. Besides, on behalf of VKontakte we usually help such projects with promotion by placing apps in the game catalogue, telling about them in the official community with 4 million subscribers, and supporting advertising campaigns’.

So, for example, in order to attract attention to new games in the community, VKontakte Games publish reviews of new games from time to time. 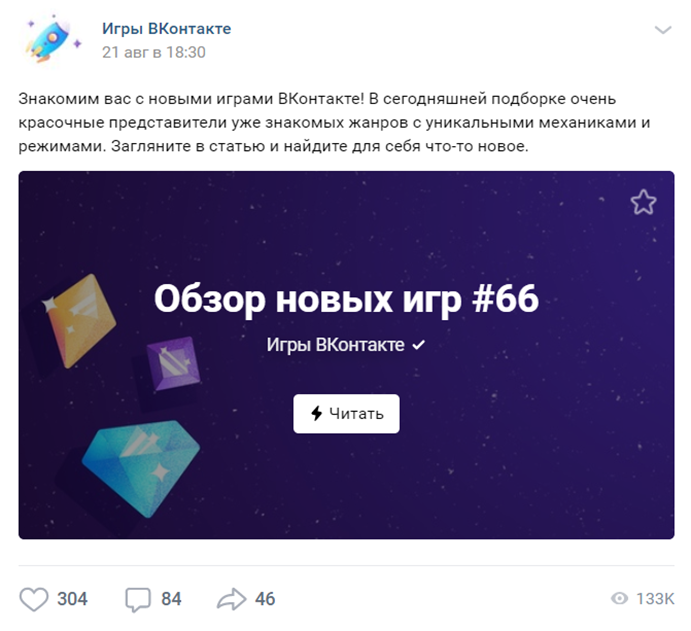 For the sake of sales promotion, there are sales with special promotions and offers from game developers. 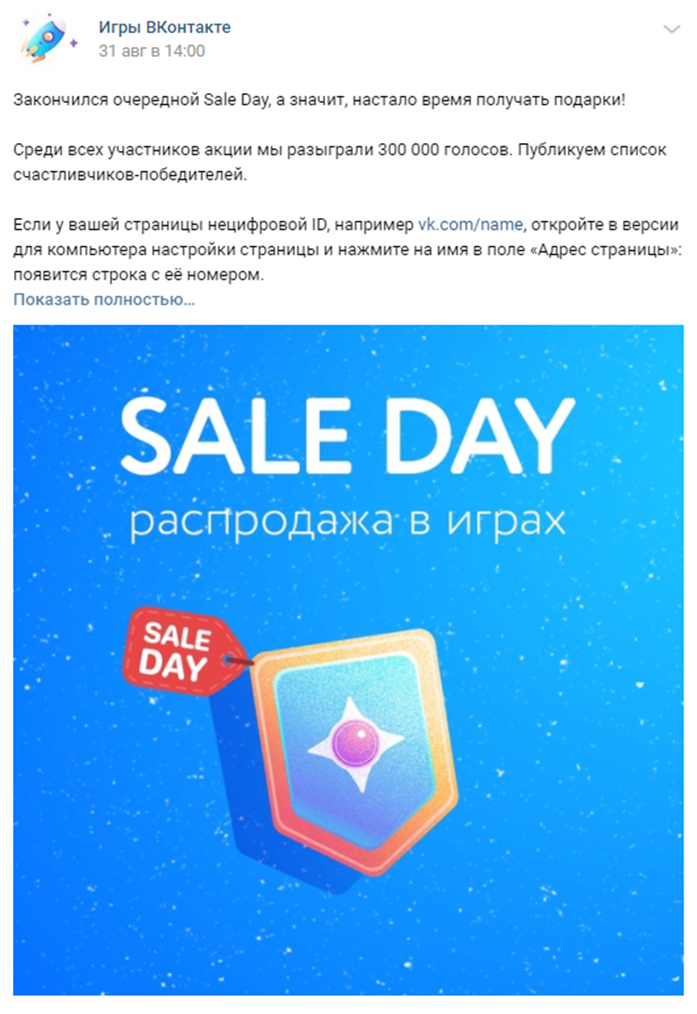 How to Promote a Game on VKontakte

Targeted ads remain the main channel for game promotion in VKontakte. Let us focus on its capacities namely for game developers and what formats are better to use.

This is a teaser ad placed on the left under the menu. Primary targets of such placement can be traffic both to the app and to the community of your game. CPM and CPC models are used for payment.

This advertising format is intended specifically for customer attraction to a VK app, paid by CPM model.

Just like in the previous one, ads are aimed particularly at customer attraction to a VK app and paid as per CPM model.

Apart from the aforementioned formats that are mostly aimed at promotion of VK social games, when promoting games on other platforms, one can use standard placement of ads in VKontakte that we described in detail in our article VK Ads: A Type Guide.

One more important point is to define a target audience for ad shows. There are several ways to gather the audience for targeting on VK:

When setting up advertising campaigns and collecting data for further remarketing, one should also not forget about look-alike audiences, as well as collection of data about users who have ever interacted with your ad.

In the end, there is a word on how one should evaluate efficiency of a marketing channel. What KPI are the key?

For games, installs/logins/downloads is a target (CPA). However, there is a more important indicator, which is payback. It means that you need to target your budget at those channels that bring paying gamers. At the same time, you had better not forget about channels, which bring active players who like to play but not to pay, either because their review, opinion, or any other mentioning of you can result in a desired audience for the game.

There are no uniform rules for game promotion. In the course of development of a marketing strategy, allocate your budget for split testing. In order to find your own unique way for sure and achieve your advertising goal in the Russian market, address RMAA Games experts.