According to forecasts published in Newzoo 2018 Report, the Russian game market will reach $1.7 billion and Russia will move up to rank 11 in the world. In 2017, Russia became the largest e-sports market of Europe.

Learn more about Russian video games market from our White Paper “Guide to Online Games Promotion in the Russian Market”.

Firstly, such high indicators are caused by a bigger population than in other European countries. “Secondly, a number of processes (for instance, expansion of computers and game controllers) started in our country later than in Europe and the USA, that is why e-sports in those regions are already at quite a high development level and, consequently, do not show such dizzying growth rates”, believes Nikita Kulakov, Esport Producer in Mail.Ru Group. 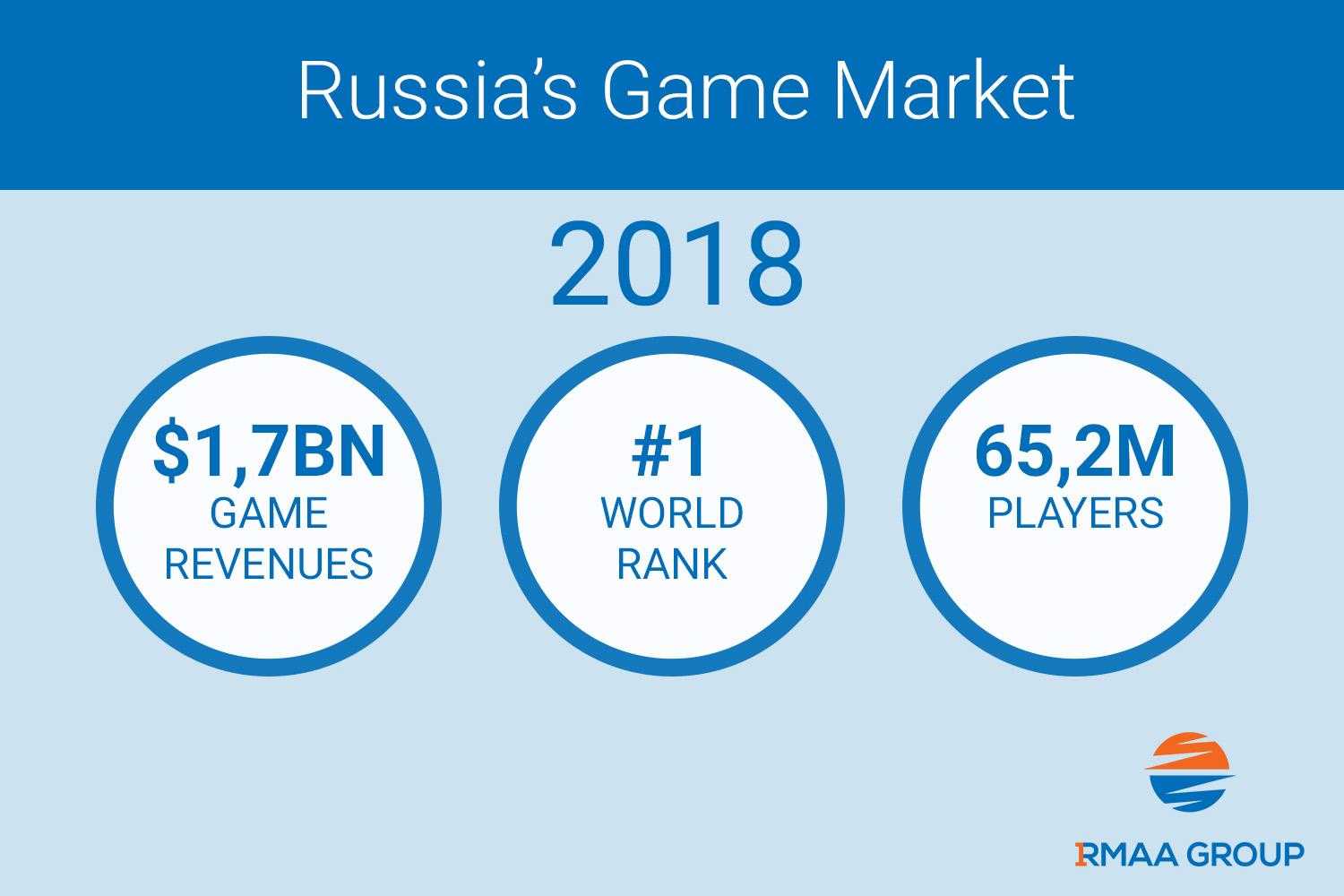 According to game experts from Mail.Ru Group, the key rise in incomes is seen in the mobile segment: compared to the previous year, it has grown by 54%.

In 2016, it was the first time when mobile games took the second place in the Russian market, having outranked social games. Their growth, compared to 2015, made up 54%. In monetary times, mobile games market has increased 10 times for the last five years!

The most popular games in Russia are still massively multiplayer online games (MMO). In 2016, their share made up 53%. 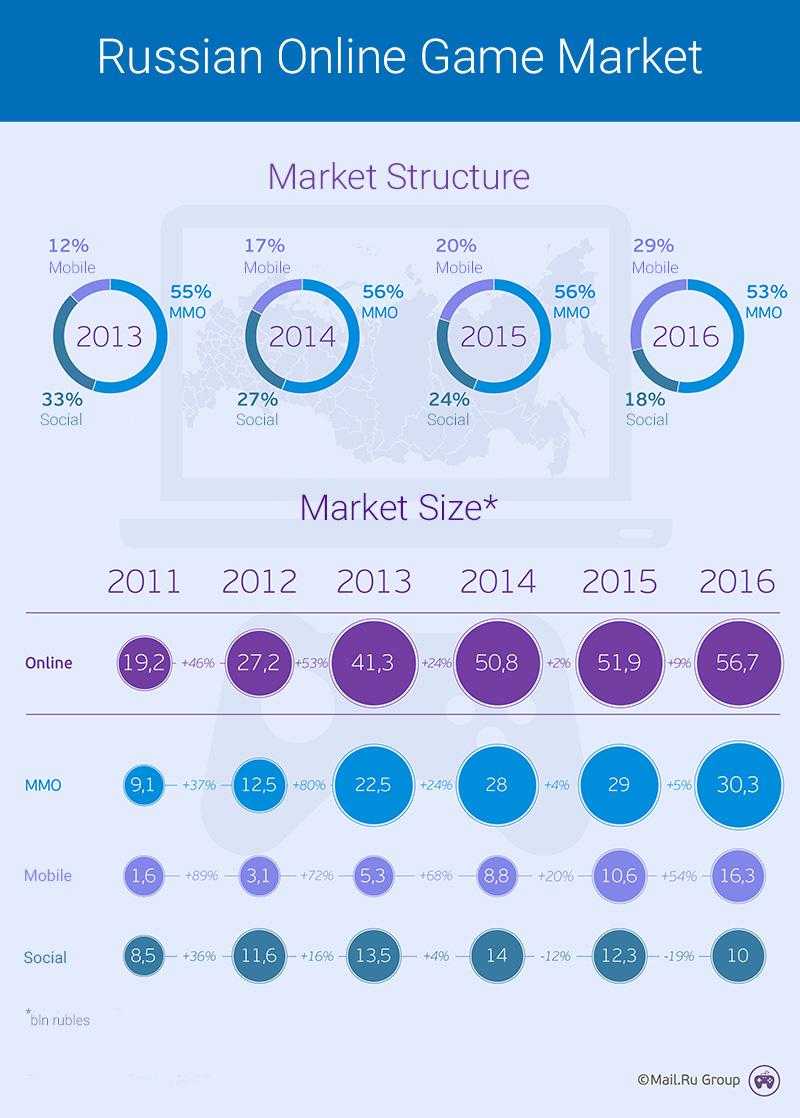 Profile of a Russian Gamer

Women go almost stride for stride with men among Russian gamers, making up 48% of the total number of players. Desktop games are more attractive for men (55%).

Interestingly, young audience aged under 35 prevail among gamers. On top of that, there are drastically more youth among mobile players (66%). Among desktop players, every third one is older than 45 years old.

The share of jobless gamers is low and equals to only 8%. One fourth of players consist of white collars. Every sixth gamer is a worker or a school student, and every tenth one is a manager or head of a department.

There are more schoolchildren/students (20% vs. 14%) among mobile gamers than among PC/laptop gamers. On the other hand, the percentage of retirees is almost 4 times more among PC players, probably because there are actually more youth among smartphone or tablet users. 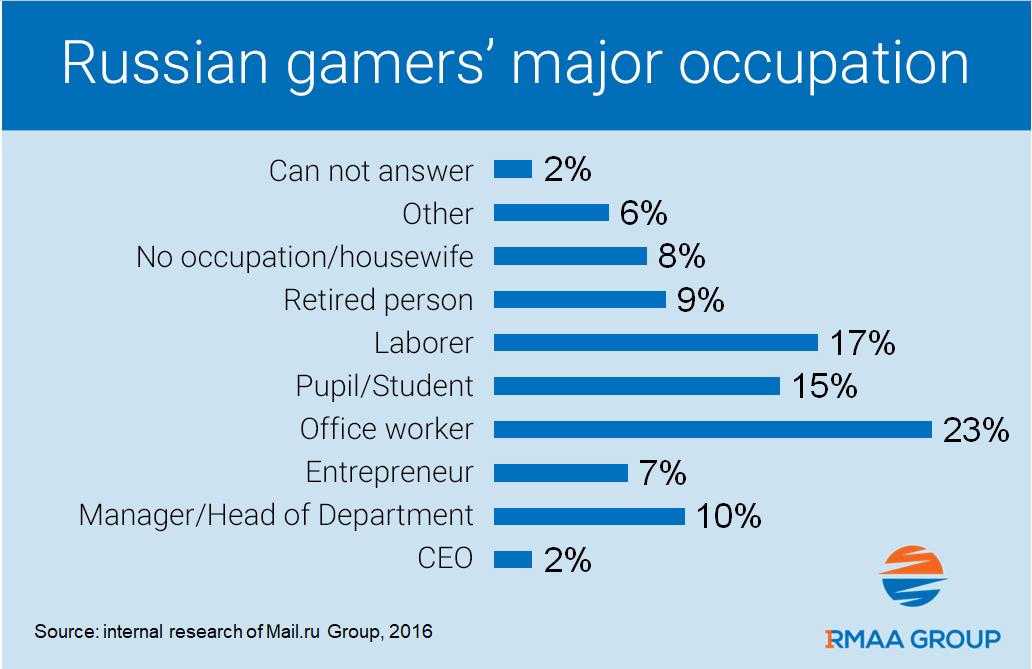 Competitive gaming attracts more and more people, both viewers and players. Below is a review of every audience segment, prepared by Game Department of Mail.Ru Group jointly with Research.Mail.ru in May 2017.

The overwhelming majority (90%) watches broadcasts on a laptop PC. At the same, the audience also gets e-sports content via TV or radio channels. For instance, 11% respondents watch tournaments on TV.

When choosing games, gamers, first of all, cater to the opinions of their friends—almost half of respondents (49%) reported that. Besides, the poll showed that 42% read reviews on the Internet, and the same number of people trust games made by developers that they liked. Meanwhile, classis ads become less and less significant, having influenced the choice of only 21% of study participants.

By so doing, most gamers who are interested in e-sports prefer shooters—it was noted by 76% of participants. The second and third places are taken by strategies (44%) and MOBA (41%).

Profile of an e-Sports Fan in Russia

In Russia, e-sports are traditionally popular among men (95%). Most players are aged under 34 years old, namely 93%—this factor is a must to be considered when bringing your product to the Russian market and adjusting a promotional campaign. Moreover, a lot of pro gamers love not only playing, but also watching tournaments, so one must add video and native ads into popular broadcasts for promotion. 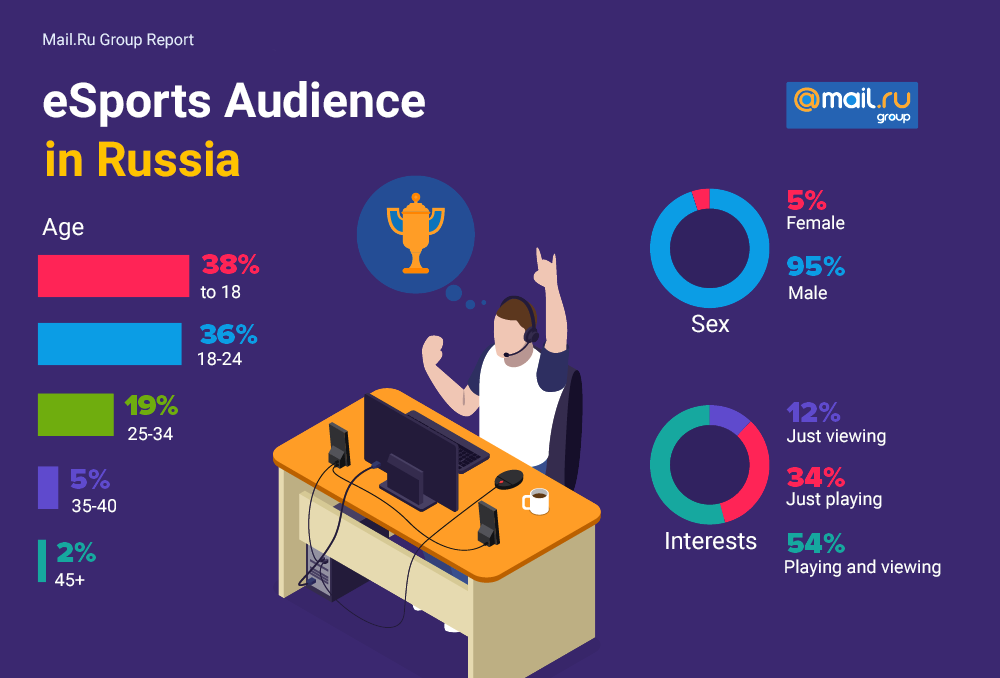 What Is Good About Gaming Audience?

This is a young and, as a rule, financially reliable audience that actively communicates in the community. It is perfectly suitable for most advertisers and can attract not only gaming industry actors.

There are several marketplaces where building relations with gamers can become a successful investment of the advertising budget. They include technology, FMCG, sports, telecom, retail, banks, cinema and entertainment, education. Popular brands such as Snickers and Red Bull often act as sponsors of e-sports tournaments and online broadcasts.

Now, when we have studied out the Russian gaming audience a bit, let us talk about how to promote your game in the Russian market.

Two major communication territories are music and young adults’ channels – this is how the main target audience of online games is represented.

ArcheAge, for instance, spent more than $1.5 million on advertising on Russian channels in 2014.

Igromir and Comic Con are the most popular gaming events in Russia, so participation in such events is assumed to be one of the most effective ways to reach new gamers or encourage old ones to play.

These gaming media are most respected in Russia. Before and after participation in Igromir and Comic Con, news and game overviews can be posted in printed or online versions of magazines. Moreover, a supporting campaign coupled with other activities will be very helpful.

Cobranding or ‘brand partnership’ is a potential win-win model. The most important thing is a right choice of your partner whose audience is most interested in your product.

We consider that the following business sectors can become partners of online games: 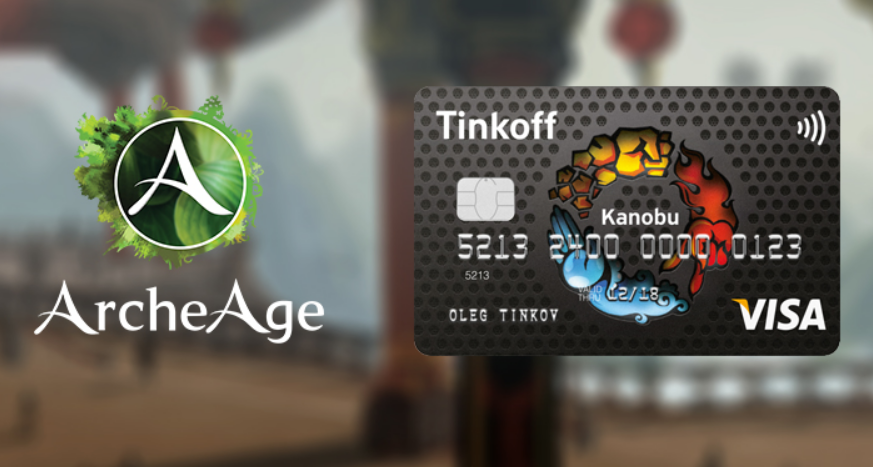 Media advertising is an excellent image tool that lets you increase brand awareness—in our case, of a game. At that, it is important to choose right publication channel: for instance, advertising of your game published of specialized gaming website will be a better success that the same ads published, for instance, on lamoda.ru portal.

Below is a TOP-10 of websites for gamers where you can safely publish ads for your game (we would say, you must). 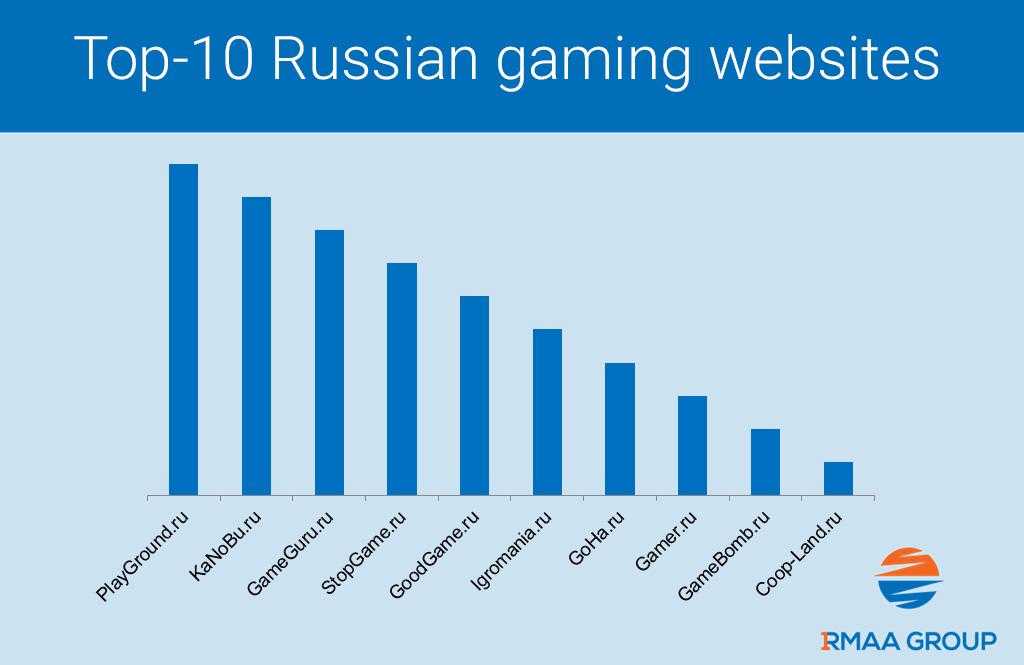 Direct response advertisers often consider CPA the optimal way to buy online advertising, as an advertiser only pays for the ad when the desired acquisition has occurred.

The most effective cooperation channels here in Russia are same that worldwide: an overview of your game on YouTube and a Twitch stream on a popular gamer’s channel will let you cover the most relevant audience.

The advantage of this advertising cooperation is that videogame fans, as a rule, build trust-based relationships, and, while choosing games, most gamers rely exactly on overviews and blogs.

This let us attain those who play other online games, are interested in e-sports, and watch streams.

The programmatic advantages are that it, firstly, supports promotion of all available formats of media banners and video commercials. Secondly, programmatic figures out your target audience and its website traffic in moments and shows ads only to your target group. 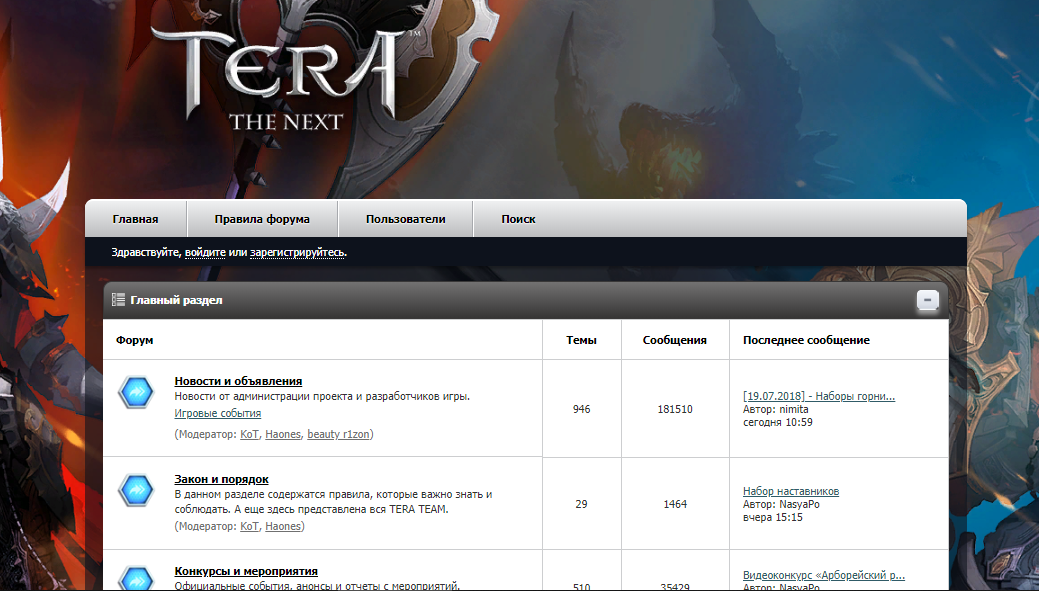 Even when digital activities are effective, community management should keep the fire. Social communities are to be alive, interacting, and full of information, creativity, and visual content. The generation of comments requires so because the word of mouth will prove others how cool the game is. 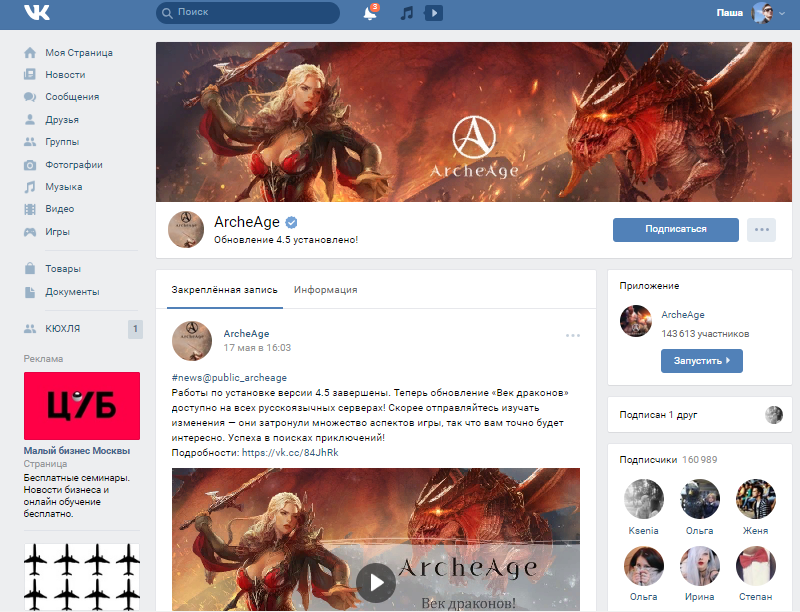 The choice of promotion channels and efficiency depends a lot on each particular project and its audience. If you decided to promote a game in the Russian market, you can start right now: write us a message!