The consumer interest in games spiked last spring amid the pandemic and lockdown. During the long-lasting stay-at-home period, the gaming industry managed to remarkably develop a customer base and to accumulate colossal user experience that helps develop the market.

From January 1 until May 31, 2021, Russian gamers made 40% more online purchases via gaming resources than in the same period of 2019, while the turnover of these platforms increased 2.2 times. Sales of game consoles increased 3.6 times, while sales of video cards increased by 44%. These conclusions were made by analysts of YooMoney and CheckIndex of the OFD Platform Company (in the Sberbank "ecosystem"). Results of a survey by Sports.ru among 1.5 thousand gamers showed that 44% respondents began spending more on games—up to 1,000 rubles per month. 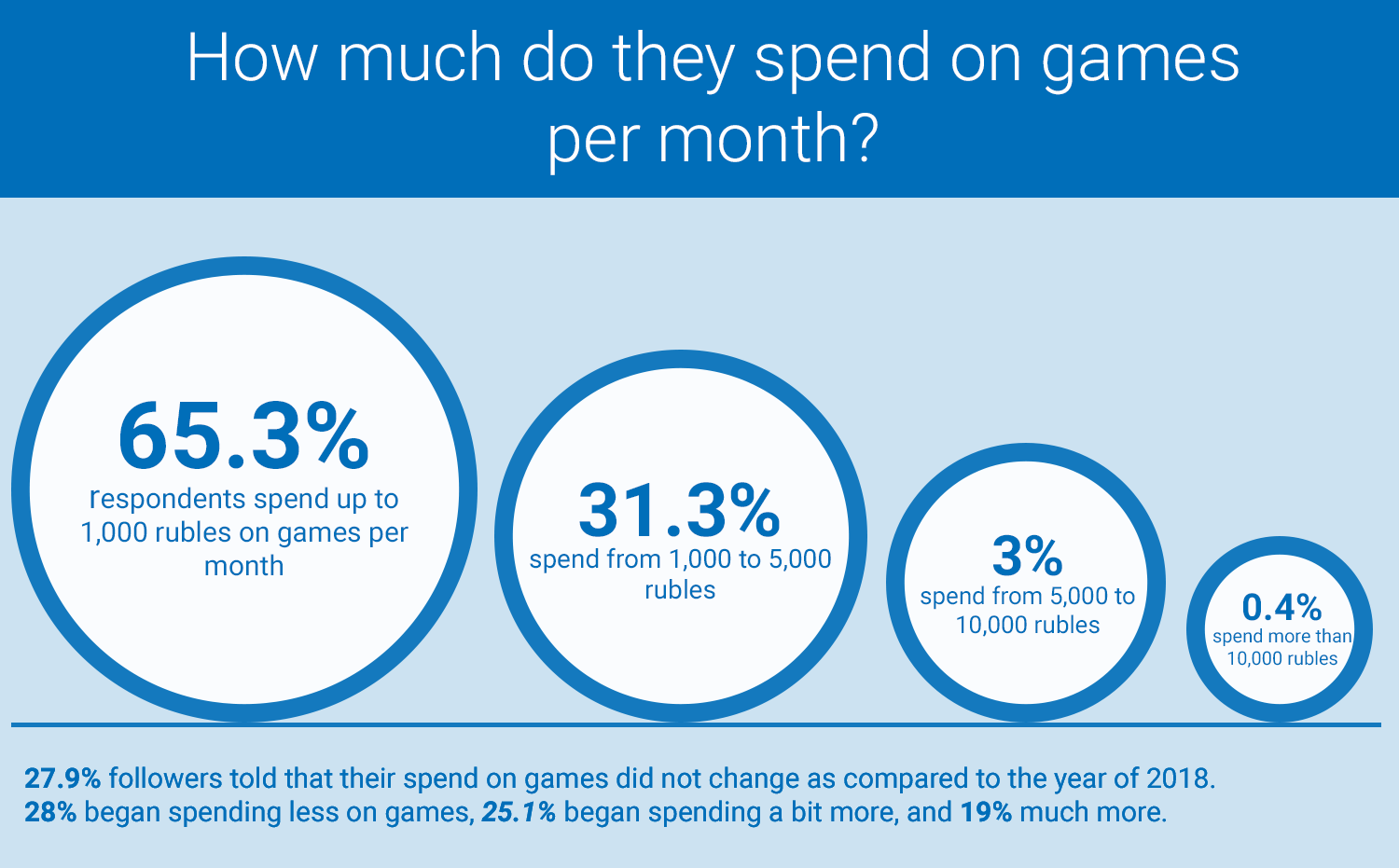 Shooters and RPG Are on Trend among Gamers 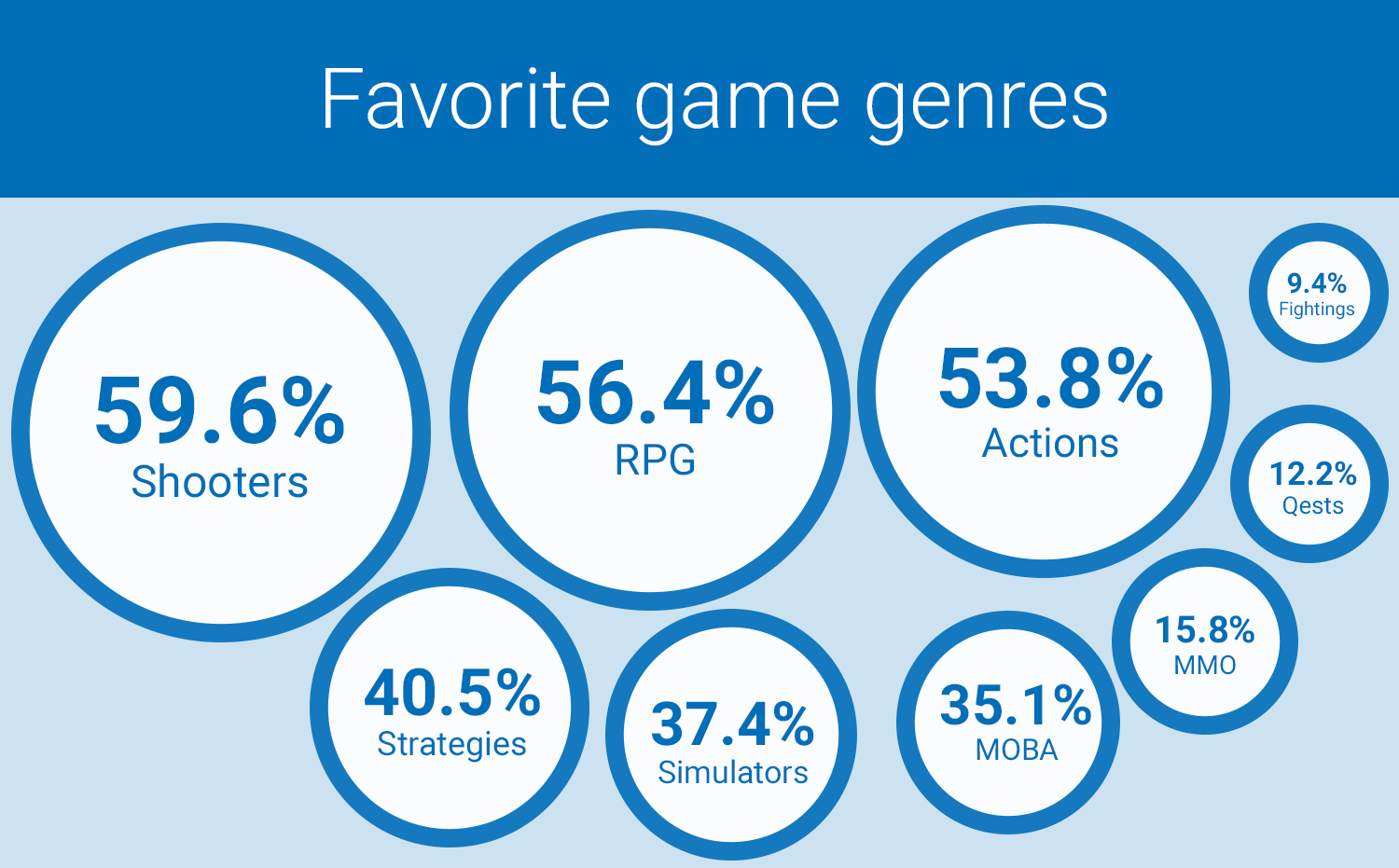 The vast majority of the gamers surveyed (83.3%) choose desktop games, while the others prefer mobile. PS4 predictably leads among consoles, used by 32.2%, while only 8.3% have PS5. Nintendo Switch is preferred by 4% only, Xbox One and One X by 3.4%, and Xbox Series S and X are played by 2.5%. Cloud gaming services are used by fewer than 1% of Sports.ru users. At that, the main gaming platform has not changed for 60% respondents during the last four years. 16.7% more started playing on PlayStation, 16.1% on PC, and 3.6% on Xbox.

Most popular games for the last four years

In-game expenses to get access to certain options are also spread among gamers. 83.8% users make such purchases once in several months, 9.1% once a month, 5.2% once in several weeks, and only 1.4% once a week. 0.3% respondents make purchases every several days, and 0.2% do it every day.

'The gaming industry is one of the fastest-growing sectors in the world, and the pandemic has boosted its growth even more. Russia is living through a real boom of the demand for computer games. For the first five months of the last year, the number of gamers increased most in the Republic of Ingushetia (by 38%) and the number of game purchases in Saint Petersburg (four times). In the same period of 2021, Saint Petersburg showed the biggest growth in the number of game fans among the regions (4.2 times), and Arkhangelsk Oblast demonstrated the biggest growth in the number of game purchases (twice),' says Ivan Glazachev, CEO of YooMoney. 'Nearly 90% gamers have mostly paid for their purchases from their desktops, and the rest have used smartphones. As for payment methods, Pay platforms are very well-liked. In 2021, they showed a 3.8 times growth as compared to the previous year. Bank card payments demonstrated a 4.3 times growth.'

Users often transfer money to gamers in form of donations as a payment for game streams. For the first five months of 2021, the turnover of such transfers in the YooStream platform equaled to more than 16 million rubles, which is 1.7 times more than in the same period last year. The number of transfers increased 1.7 times, too. The number of the very streamers accepting donations via YooStream increased by 30%. The amount of the average transfer has been quietly steady, equal to 328 rubles. With this in mind, streamers began earning more: the average turnover of one gamer increased by 33%, up to 10,367 rubles.

According to the CheckIndex analytical resource, the demand for game consoles has significantly increased during five months of this year. The sales in offline and online stores in kind (pcs) increased 5.5 times as compared to 2020 and 3.6 times as compared to 2019. This being said, the average spend increased 2.1 times, equal to 30,590 rubles, having exceeded the 2019 figure 2.6 times.